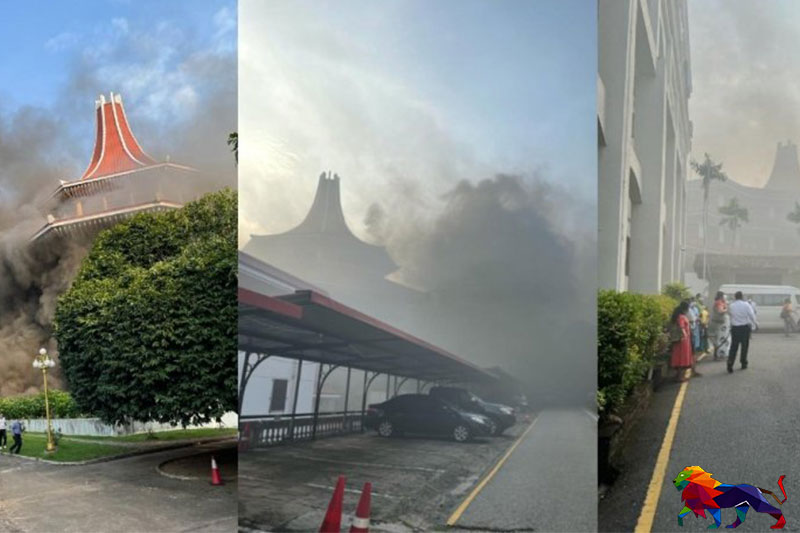 The United National Party (UNP) said that they are concerned by the recent fire that broke out at the Supreme Court complex on Tuesday (15) and has called on the government
to conduct an immediate and transparent inquiry into the cause of this fire.

UNP noted that the building is the apex of the country’s judicial system and is situated in a high security zone, and as such, the government must conduct an inquiry to ascertain the cause of the fire.

"The SC complex is situated in a section of Colombo which is currently under lockdown, and court proceedings have been limited to only urgent cases with the absence of any public. As such the Government must ascertain what led to the lapse in security which resulted in this fire," the UNP said in a statement.

"The UNP is only concerned by the reports emerging regarding the location of the fire. Media quoted the Supreme Court Marshal who stated that the fire had been contained to the basement of the complex. At the time, the Marshal was unable to provide an update on the state of the Court record room which is situated in the basement. Subsequently, the police have stated that no damage has been sustained by the records room. However, the party requests that a full inventory be taken of the records in the record room to ensure no files have gone missing," the statement said.

The party emphasized that those who were responsible for the security of this complex must be held accountable. They also questioned the progress of the digitization process of court records that was initiated by the then UNP led government.

"Prior to the handover of the Government in 2019, the UNP led Government was in the process of digitizing court records. The necessary systems had been procured and were awaiting implementation. We ask the Government whether they have continued this process, and if not to provide an explanation as to why they delayed this important task," the statement added.