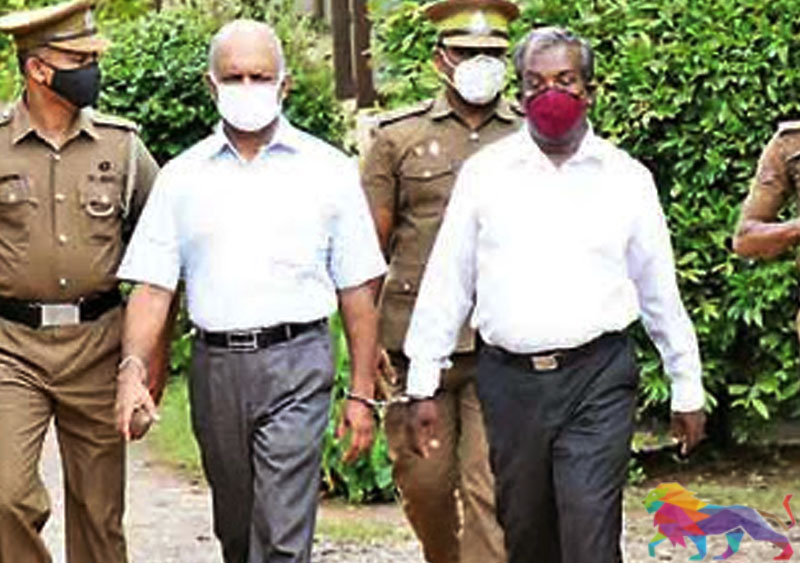 CID officer SI Sugath Mendis, who was arrested with former CID Director Shani Abeysekara in August, is suffering from COVID-19 symptoms and is being denied of medical
care, the attorney representing Mendis said in a letter to the Human Rights Commission of Sri Lanka (HRCSL).
"Mr. Mendis is currently held at the Mahara Remand Prison and I am informed that he is suffering from COVID-19 symptoms which included having a high temperature," Attorney-at- Law Chaminda Athukorala said.
"A PCR test has been obtained on the 6th of December 2020 of which the results of the test have not yet been made available," the attorney said, adding that Mendis has been given no medication or ‘any other form of care’ as of Monday (7).
Athukorala is seeking the intervention of the Human Rights Commission to insist that Mendis be transferred to the Infectious Disease Hospital (IDH) for treatment as there is an imminent threat to his life.

"He has been an investigating officer of many crimes and could be the target of an attempt of his life if transferred to the Welikada Prison Hospital or elsewhere," he warned. 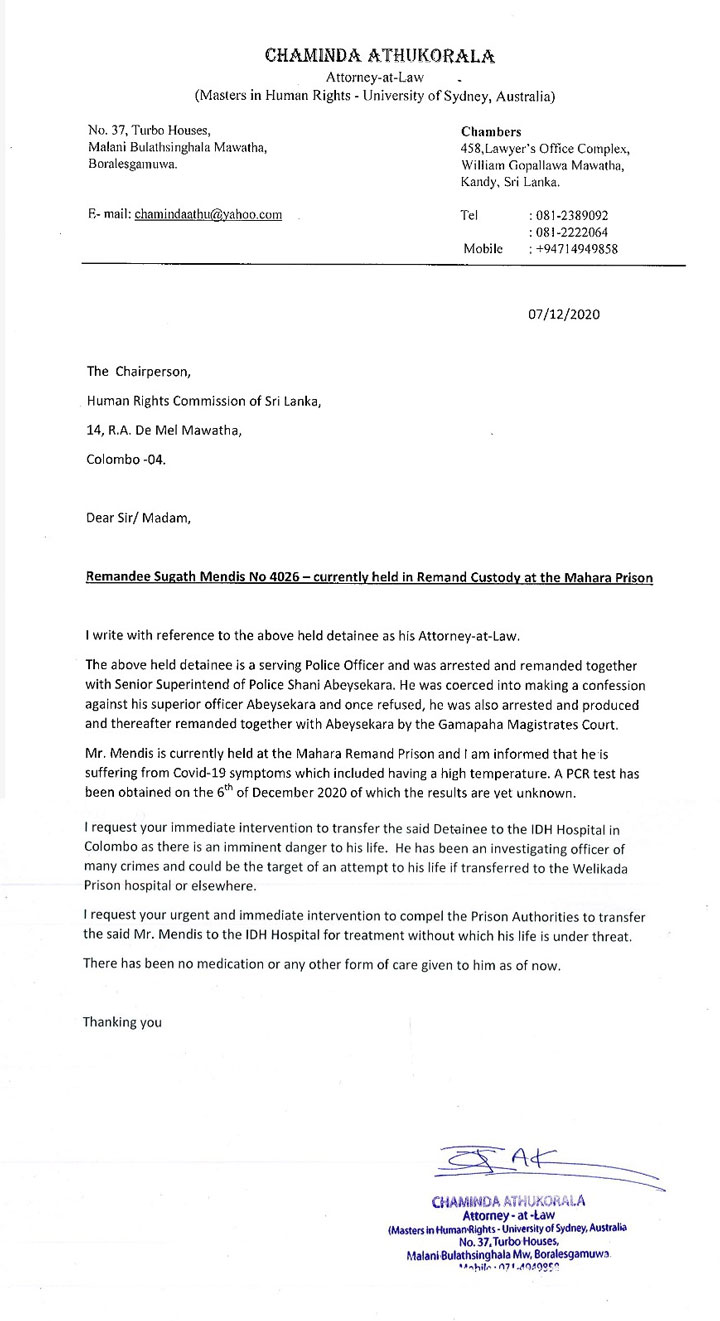 Furthermore, Attorney-at-Law Athukorala pointed out that Mendis was coerced into making a confession against Shani Abeysekera and since since he refused to oblige, he was also arrested and produced before the court and remanded together with Abeysekera by the Gampaha Magistrates Court. 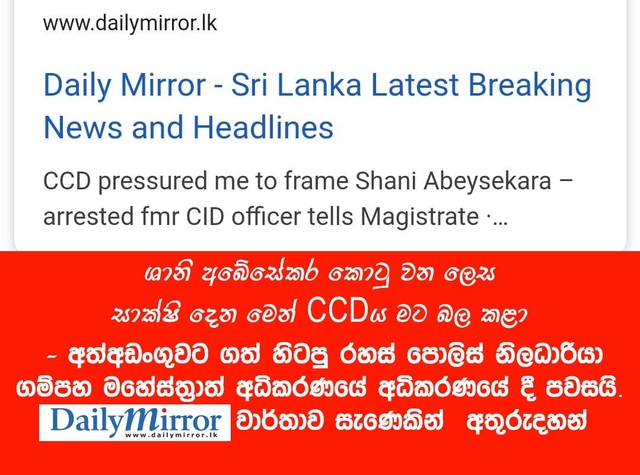 Shani Abeysekera too had contracted COVID-19 while being held at the Mahara Prison and was subsequently transferred to a quarantine centre in Gallella, Polonnaruwa following mass public outcry.