The second reading of the Budget 2021 was presented to Parliament recently by the Prime Minister and Minister of Finance, Mahinda Rajapaksa, which was passed by a
majority. However, the government, in a very subtle and tactful manner, avoided presenting the revenue proposals in the second part of the budget reading.
The government said that they will introduce a special Goods and Services Tax and will also reintroduce CESS to provide the required protection on the imports and exports of domestic production export development.
CESS imposed on 2,574 items:

To offset high government expenditure, the Ministry of Finance together with the Minister of Trade, Bandula Gunawardena, have requested the Government Printer to issue a gazette notification regarding CESS imposed on 2,574 imported items in addition to the ordinary import duties.
Accordingly, the Director General of the Department of Trade and Investment Policy has sent the Notification No. TIP/ TO/0186 dated 17th November 2020 to the Government Printer.

The order to issue the aforementioned Extraordinary Gazette Notification under Section 14 of the Sri Lanka Export Development Act No. 40 of 1979 has been signed on 17th December 2020. The list of serial numbers (HS Cords) pertaining to the gazette notification was also attached.

According to the list, the Sri Lanka Customs has been directed to levy CESS on imported goods ranging from a minimum of five per cent to a maximum of 70 per cent in percentage terms and/or a minimum cess of two rupees per kg to a maximum of Rs 22,308 a kg with effect from Tuesday (17).
However, under the Special Commodity Levy Act No 48 of 2007, CESS has not been imposed on 26 items such as sugar, palm oil, coconut oil, canned fish, lentils and onions.

According to market sources, the prices of goods as stipulated in the Gazette Notification will increase by at least 20% to 60% after the imposition of this CESS on imported goods from January 01. 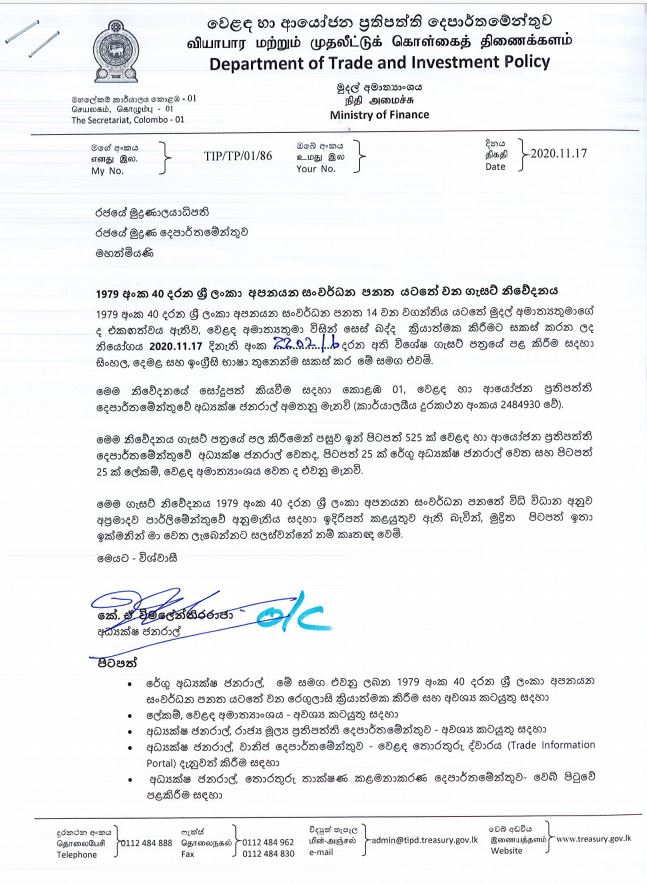 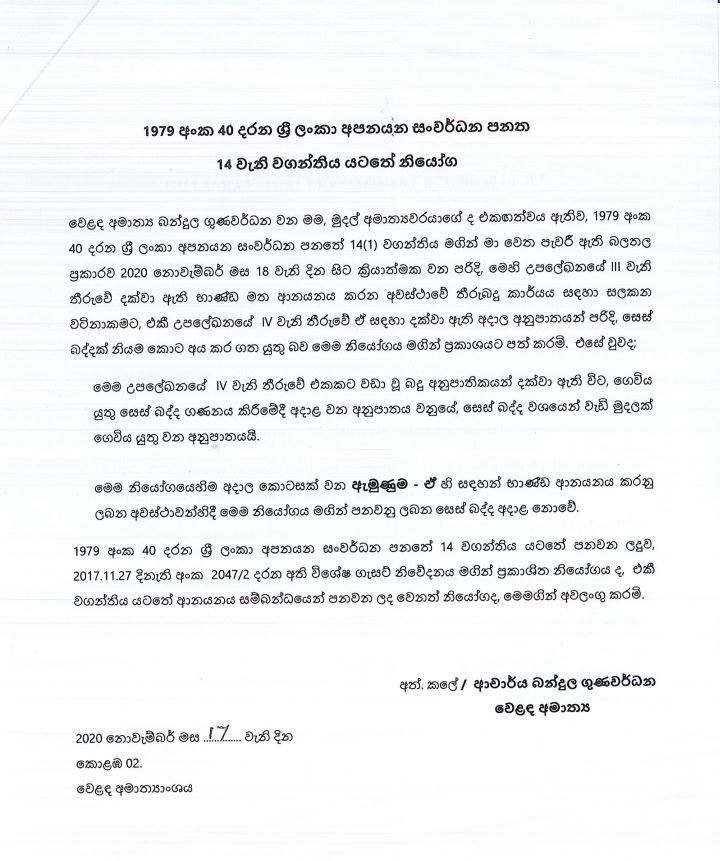