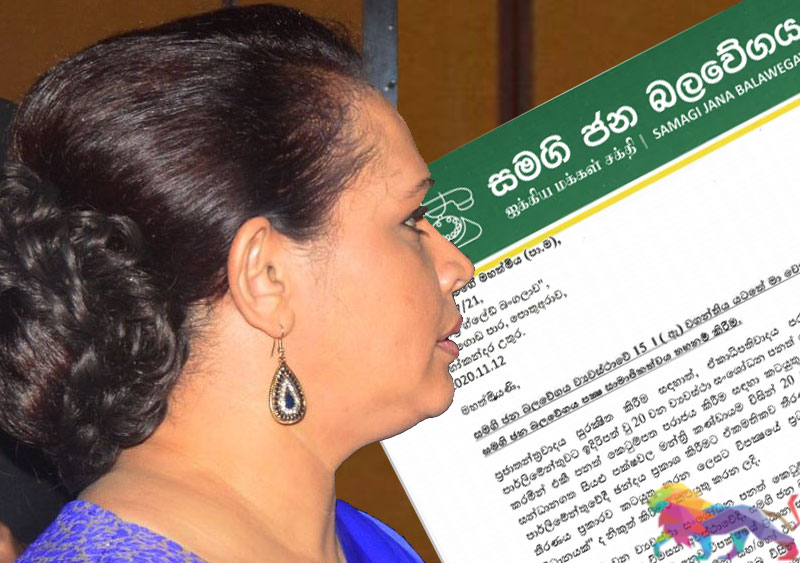 The Samagi Jana Balawegaya (SJB) has suspended the party membership of its National List MP, Diana Gamage, over her decision to vote in favour of the 20th Amendment to
the Constitution.

The party's decision to suspend her membership was conveyed to the parliamentarian through a letter signed by SJB Leader MP Sajith Premadasa.

The letter stated that MP Diana Gamage has acted against the unanimous decision taken by all parties of the alliance led by the SJB to defeat the 20th Amendment.

"Therefore, in an effort to maintain the party's reputation and its well-being, the SJB has decided to suspend MP Diana Gamage according to the powers vested in the chairman of the party under Article 15 1 (c) of the Constitution of the Samagi Jana Balawegaya," SJB chairman MP Sajith Premadasa said.