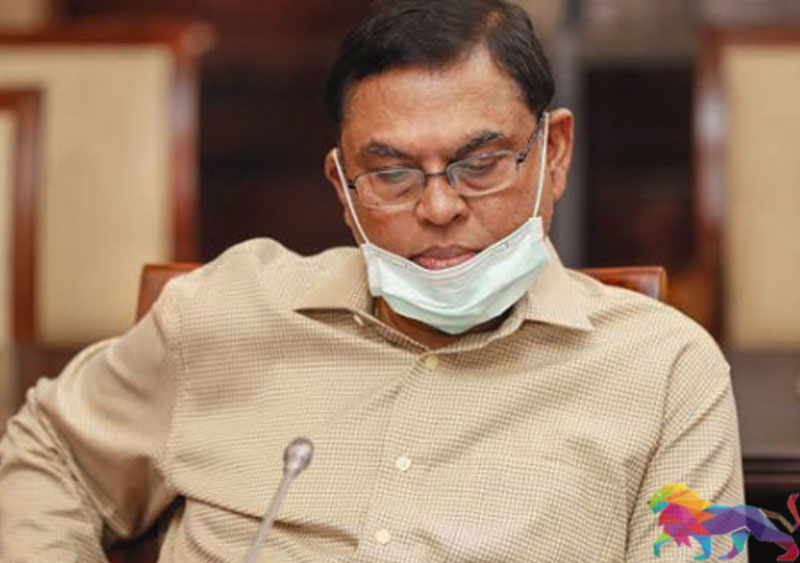 Divergent views were expressed yesterday with regard to the possibility of former minister and national organiser of the SLPP, Basil Rajapaksa's entry to parliament.
SLPP parliamentarians who act as chairpersons of the District Coordination Committees had written to the former minister requesting him to enter parliament.
Cabinet spokesman and mass media minister Keheliya Rambukwella, responding to a series of questions raised by journalists in Kandy, made the following comments regarding dual citizenship and former Minister Basil Rajapaksa.
wxx222 · KEHELIYA 01
Meanwhile, minister of wildlife and forest conservation, CB Ratnayake said that former minister Basil Rajapaksa would not come to Parliament in a hurry.

"I would also like to see Basil Rajapaksa in parliament, but he will not act in haste. He was the monumental figure behind the formation of this government and the architect responsible for winning many elections.

Minister Rathnayake was addressing the media after a meeting in Ginigathhena yesterday (15).
wxx222 · CB 01
Speaking at a recent media briefing, minister of water supply, Vasudeva Nanayakkara stated that Basil Rajapaksa will not enter Parliament without renouncing his dual citizenship.
Invitation to assume ministry of economic development
Meanwhile, the Federation of Self-Employed (FOSE) has invited former minister Basil Rajapaksa to enter parliament and to assume the portfolio of Economic Development.

Posting on his social media account, FOSE chairman Mahinda Kahandagama said that his organisation fully endorses this proposition.
19 MPs request him to enter parliament
A group of MPs of the ruling coalition had written to Basil Rajapaksa requesting him to enter parliament. 19 MPs reiterated that his presence in parliament is essential for the economic development of the country.
Related News: