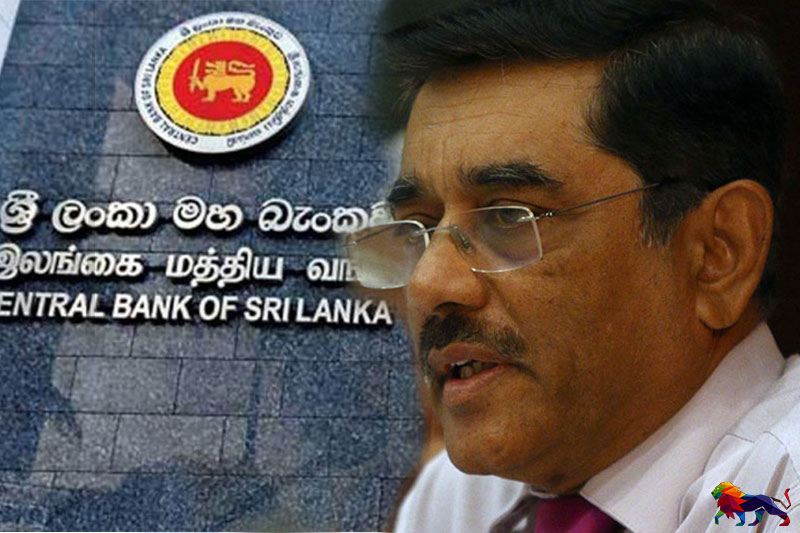 The Central Bank of Sri Lanka (CBSL) will miss the efficient and eminent services of its Senior Deputy Governor Dr. Nandalal Weerasinghe at a time when the country’s economy
is in need of a new lease of life to rescue it from the edge of bankruptcy.

Dr. Weerasinghe has taken a three-month leave prior to retirement, along with the 15-day vacation leave, which commenced from September 25. He is now enjoying his retirement leave after serving the country’s monetary authority for over 29 years where he had displayed his professionalism both here and overseas.

It would be a difficult task for the next Senior Deputy Governor to start from where Dr. Weerasinghe ended his chapter as a skilled negotiator in obtaining necessary foreign funding with international lending agencies such as the World Bank, IMF and ADB and even with Chinese Banks.

He fought a single handed battle to restore the COVID-19 bashed economy like the faithful and brave knight, Sir Gareth of King Arthur’s round table who was renowned for his chivalrous nature.

For years, he has worked behind the scenes to protect the Sri Lankan people from the whims of power-hungry, short-sighted elected officials.

At last, he has paid the price for standing up to political pressure time and time again. He has been accused of being partisan by both sides of the political aisle, has had smear campaigns targeted at him, passed up for the top job for fear of non-conformity, and most recently was publicly berated by an uninformed and misguided president.

Dr. Nandalal Weerasinghe was promoted to the position of a Deputy Governor on 27 September, 2011 while he was serving as an Alternate Executive Director at the International Monetary Fund and assumed office as the Deputy Governor of the Central Bank of Sri Lanka on 01 September 2012.

Dr. Weerasinghe has a PhD and Master’s Degree in Economics from the Australian National University and a BSc. Degree from the University of Kelaniya in Sri Lanka.

He also served as the Chairman of the Monetary Policy Committee and the Foreign Reserve Management Committee of the Central Bank.

From January 2010 to August 2012, Dr. Weerasinghe was on release to the International Monetary Fund as the Alternate Executive Director for India, Sri Lanka, Bangladesh and Bhutan.

Prior to his appointment as an Alternate Executive Director at the IMF, he served as an Assistant Governor and the Chief Economist and Director of Economic Research of the CBSL from 2007 to 2009.

Daughter's take on his early retirement
Meanwhile, Kithmini Weerasinghe, the daughter of Dr. Weerasinghe said that his father was a victim of politics. In a candid post on Facebook, Kithmini said that her father has been "accused of being partisan by both sides of the political aisle and passed up for the top job for fear of non-conformity."

"This post is about my father. Today is the day he retires from his job at the Central Bank of Sri Lanka after 29 years. To say my father loved his job would be an understatement of indescribable enormity. The triumph of his career speaks for itself and I do not need to go over his innumerable accolades and contributions to society. Today should be a day of unbridled joy for him filled with nothing but praise and admiration from all who worked with him as he looks forward to endless days of well-earned golf and beach. However, I know there is a dark shadow lurking amongst the festivities that perhaps would be best ignored. But I am here now and writing this to shine a light on this shadow in the most public platform available to me which is humble social media, because I feel there should be no shadows today.

For those of you who do not know, my father holds the most senior role a person can achieve through merit at the Central (Reserve) Bank of Sri Lanka. He works in an arena where educated, professional economists collide with uninformed policy makers answering to voters publicly and their re-election privately. Where reasonable and pragmatic economics must wrestle with quick fixes that win public opinion. While these two things may not always be at odds with each other, they often are. In an ideal world, the struggle of two opposing forces would result in the most balanced outcome. The flaw in this system is that policy makers also hold influence over the careers of the professionals. Throughout his career there have been many who have climbed the ladder on the sole premise of being agreeable to political pressures even when these policies are to the detriment of the people. The fate of the people then rests in the hands of the integrity of the professionals on the ground.

My father has paid the price for standing up to political pressures time and time again. He has been accused of being partisan by both sides of the political aisle, has had smear campaigns targeted at him, passed up for the top job for fear of non-conformity, and most recently publicly berated by an uninformed and misguided president. He has steadily guided the leadership of deserving and undeserving leaders despite these insults because of his firm desire to serve his country and its hard-working people who deserve better than what their politicians are willing to give them. For years, he has worked behind the scenes to protect the Sri Lankan people from the whims of power-hungry, short-sighted elected officials. In the most simplistic terms, his goal has been to ensure Sri Lankan people have Rupees in their hand that are worth something despite the best efforts of politically-minded elected officials who have tried to put more Rupees in their hand that are worth nothing. His work has affected anyone who has used a Sri Lankan rupee in the past years which I can safely say is the overwhelming majority of Sri Lankans. My father is an unsung hero of the Sri Lankan people.

(If you are a Sri Lankan voter reading this, please demand more of your elected officials. Educate yourself independently in the matters of legislature, economics, public health, welfare, education, and any other issues that are important to you. Make the right demands of your policy makers. Do not ask for free money or free jobs. Ask for value for your money and be prepared to put in the work for it. Do not be moved by charismatic speeches or media stunts filled with empty promises. Do not forgive elected individuals who have committed crimes or have been fraudulent. Hold everybody accountable regardless of party. Politicians work for the voter. There may not always be a person like my father on the inside defending you.)

This is a man whom politicians were afraid to put in power because he works for the betterment of the people and not for them. There is no higher compliment that they could have paid him. If integrity could take human form it would be my father. I could not be prouder."

Meanwhile, former finance minister Mangala Samaraweera called out the government for sending the two senior deputy governors on forced leave prior to retirement. "Two senior deputy governors at CBSL who have consistently and productively helped the economy to stay afloat over the years despite many challenges forced to go on leave prior to retirement; a historical first for CBSL. ‘Economic assassin’ strikes again!," Samaraweera tweeted.

It was minister Wimal Weerawansa who had publicly labeled current president's secretary Dr. PB Jayasundara as the 'economic assassin' during the Mahinda Rajapaksa regime.

Dr. Weerasinghe had also worked with Samaraweera when the latter held the portfolio of Finance in the previous administration.