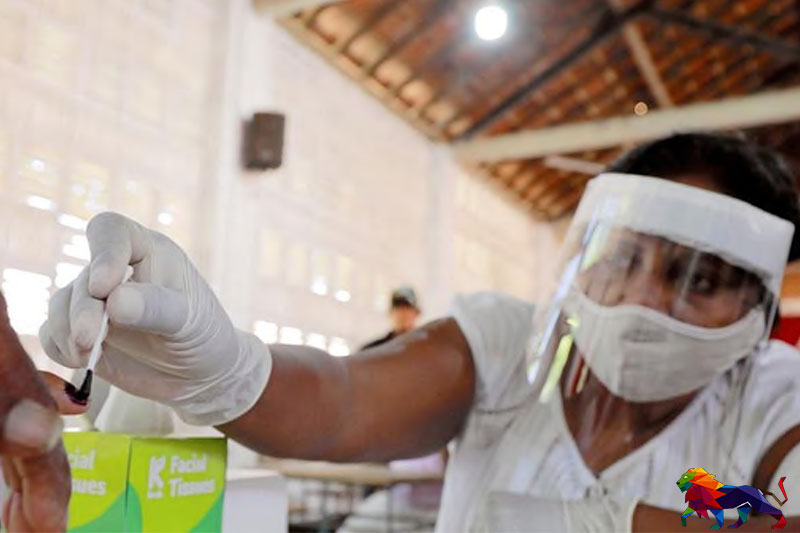 Elections are just over there, a little over a week away. What is nevertheless lacking is the discussion as to what sort of a country we wish to have, post elections. That is
totally absent in all political campaigns, with petty and irrelevant issues and personal vibes and jibes keeping all major issues outside elections.
Within all those political bickering and despite political leaderships promising “development”, “a strong economy”, “subsidies”, “handouts” in a clean and disciplined society there is a “rejection” of present day politics. They come as commonly spelt out slogans to “Reject all 225, elect new and educated people, throw out the corrupt." Though without any alternative to the total mess we are in, they nevertheless show this society is frustrated and is in fatigue.

No one denies that all governments, always in alliance with many petty political entities, had their share of mega corruption, inefficiency and political interference in State business with no clearly defined programme. That resulted in growing socio economic inequality, massive destruction of the environment, breakdown of law and order and severe erosion of ethics and morals in all segments of society including professionals and the urban middle class. Yet, no political leadership has ever explained what “socio-economic development” is and what they are planning for. There is no definition for “socio economic development”.

“Development” has been taken for granted as one that allows the consumer a “choice” in a free market. It has always been the traditional approach, with no lessons learnt during 40 plus years about increasing failures in the system. Answers therefore remain the same, with the same faults and failures carried over from government to government. A simple example is the ever growing “inequality” in wealth and income in society. It kept growing under every government while there were no attempts at finding how growing inequality could be arrested and cured for the benefit of the larger majority.

While the National Household Income Decile (NHID) scale says those with an income of Rs.36,500 and less are the “poorest” 40 percent, the “Poverty line” (June 2020) is drawn at Rs.5,047 a person earns. We are then told Sri Lanka has successfully managed to reduce poverty that was as high as 26 percent in 1990 to around 4.1 percent by 2016. Inequality has not been addressed but has been hidden away among numerous data that contradicts each other.

The fact is, despite all efforts globally and locally to project the global neo liberal economy as the only successful economic model, COVID-19 has left the whole world in a major economic crisis that would need very serious and new answers. According to the “World Economic Forum” the airline industry is totally grounded. Most fly only 15 percent of their previous schedules. Who would fund their comeback? Obviously where airlines are national carriers like our “SriLankan”, it's taxpayers who would bear the cost of getting them off the ground. The question thereafter is will the same numbers keep globetrotting?

“Brands” and “Buyers” in the apparel sector don’t expect their consumer market to pickup that soon and to the level it was before COVID-19. It means, those with an extra buck in the pocket have now become poor consumers and will remain so, for some time to come. They are also those middle class consumers who came on tourist packages. Without them, can airlines survive on reduced cargo and business class travel alone? Meanwhile, the election campaign is talking of developing tourism.

That also says, this export oriented manufacturing industry on pampered FDIs has come to an end. They cannot survive in small and niche markets. They’ve come for big profits and would remain only with big profits that would not come their way for over a year or two. Local collaborators will have to search for new alternatives to be “rich” in an increasingly “poor” economy.

The other income source was migrant labour remitting 6.7 billion US dollars in 2019 that covered around 84 percent of the trade deficit, according to IPS. With heavy retrenchment of migrant labour that has become a major burden on this government in bringing them home from the Middle East, we will not be receiving remittances as we did in previous years. These are only the most conspicuous of the major economic crises we see as yet.

Let us face this reality. COVID-19 pandemic is not only about controlling and eradicating the novel Coronavirus as a health risk. It is also and most importantly about getting the shattered economy back into shape. That is no easy task when the whole global economy is in tatters. In a traditionally subsistence agri-economy that never had any direction and programme for growth during past decades, there seems no way out from all what is belted out in election campaigns. That leaves few questions to be asked from these political campaigners to realise how grave the economic crisis is.

Can Sri Lanka expect the same income from export manufacture with FDIs as in the past? During the past, we earned around 752 million US dollars at an average between 2003 to 2019. What is the guarantee we will earn the same income from export earnings this year and after?
On a June 18 post in the Joint Apparel Association Forum (JAAF) official website, their President Arumugapillai Sukumaran is quoted as having told “Mirror Business” that “By all accounts, the global apparel industry will be smaller post COVID-19 than before. That is a reality we all need to accept and the challenges that this poses to the industry.” And he said they are predicting “about 80,000 to 100,000 jobs being lost” due to shrinkage of the global apparel sourcing industry.

The Labour Department survey, “COVID-19 and Beyond – The Impact on the Labour Market Sri Lanka” says, “As this corresponds to the formal sector employment, it can be estimated that around 300,000 employees will be terminated in the formal private sector in the short term if the status of businesses continues in the same manner. As under representation of the future plans can be expected in the survey responses this number can increase further. In this context, it is inevitable that the current rate of unemployment in Sri Lanka will increase significantly in this context.”

What does it all mean? All these numbers in the formal private sector are from rural society. Thrown out of employment they will get back to their villages. And do what, for a living?

They will not be alone in a smouldering post-COVID19 rural economy. The Labour Department survey notes, “Remittances which were contributing from 08 to 09 percent of GDP are drastically declining and it is expected that a significant number of migrant workers will return due to non-availability of demand for their work in destination countries.” A “significant number” returning due to “non-availability of demand” means, the SLBFE will not be able to find migrant employment for the already registered House Maids and other semi skilled and skilled categories. In simple terms, the average number of 80,000 to 90,000 House maids from rural society that left annually to the Mid East will not have employment in the same numbers as migrant labour hereafter.

Another service sector that will not be able to get on its feet even during the next season beginning October, is the hospitality trade. “The tourism sector which was struggling to survive after the Easter Sunday attack in 2019 has slumped further, with no indication of when it could revert to normalcy.” says the Labour Department survey.

A revisit to the Labour Department survey helps in summing up this socio economic crisis. It says, “Covid-19 has affected most of the economic activities all over the world. Supply chains have been disrupted and entire economies are collapsing…..the economies will be crippled and it seems that these economies will take many more months if not years to recover. Sri Lanka too is not an exception in this regard.”

Sri Lanka accordingly will not be able to depend on export manufacture for any significant income in the near future and migrant employment will not be remitting the money it did in the past. Tourism industry virtually comes to a stop. Together, they would leave an overburden not only in terms of foreign income loss, but also in terms of unemployment, mainly due to “loss of employment”. Normal numbers in unemployment with the added retrenchment numbers predicted in the apparel and in the formal private sector will leave the already struggling rural society in serious crisis, when a larger number from the informal sector also gets back to their villages.

How will the political leadership read this complex tragedy? Do they believe total control of the COVID-19 pandemic would provide for economic revival? Does it mean, they still depend on FDI’s for export manufacture, tourism industry and remittances from migrant labour to fund the major cost of unrestricted imports in an open market as before?

No political leadership has ever focussed on this crisis in their election campaigns. Have not been telling the voter how their lives would be saved from the major socio economic disaster waiting at the gate. People on 05 August would therefore vote for a government that cares little what happens to them but are called “patriots”. This social tragedy of not knowing “why we vote for whom” leaves a different epidemic with the urban middle class and the professionals also staking a claim as “patriots” in this election campaign.
Kusal Perera
23 July 2020