A Muslim woman being denied entry to the Dehiwala branch of the Sampath Bank has been widely circulated on social media.

The video shows a Muslim woman wearing a Hijab (headscarf) trying to enter the premises but is stopped by the security officers of the bank who ask her to remove the headscarf. The woman, however, refused to remove her headscarf. Further, the video shows another person who had accompanied the woman protesting against the bank's request.

The video that went viral on social media

The incident drew widespread outrage on social media and many observed it as an incident of racial discrimination.

Meanwhile, Nimal Perera, a prominent businessman with close links to Sampath Bank and a staunch ally of the Rajapaksas, has stated that Sampath Bank was "formed to serve Sinhala Buddhists" via a Twitter message. He further stated that he is not a racist but is merely presenting the truth. Meanwhile, former finance minister Mangala Samaraweera in a Twitter message said that he had instructed his office to move his account from Sampath Bank to a bank which serves "all Sri Lankans beyond race, caste of creed." 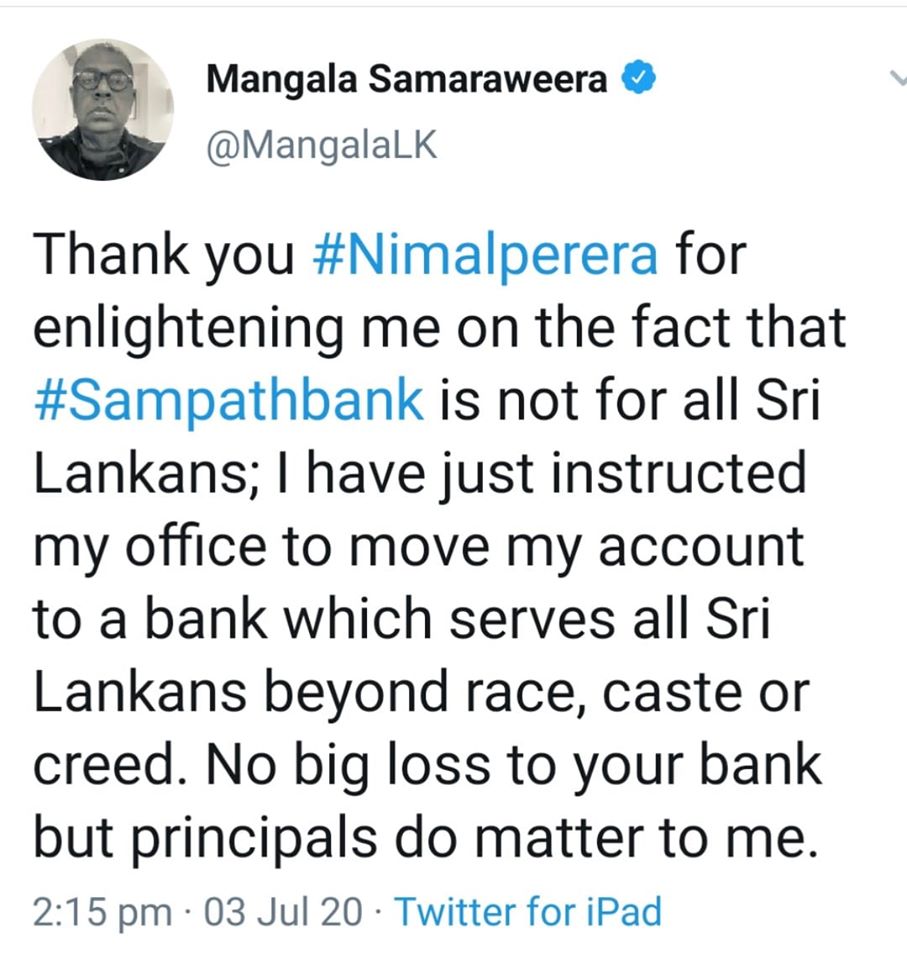 However, Sampath Bank released a statement yesterday expressing their sincere regrets to the parties involved and stated that they will commit to taking the necessary steps swiftly and promptly.