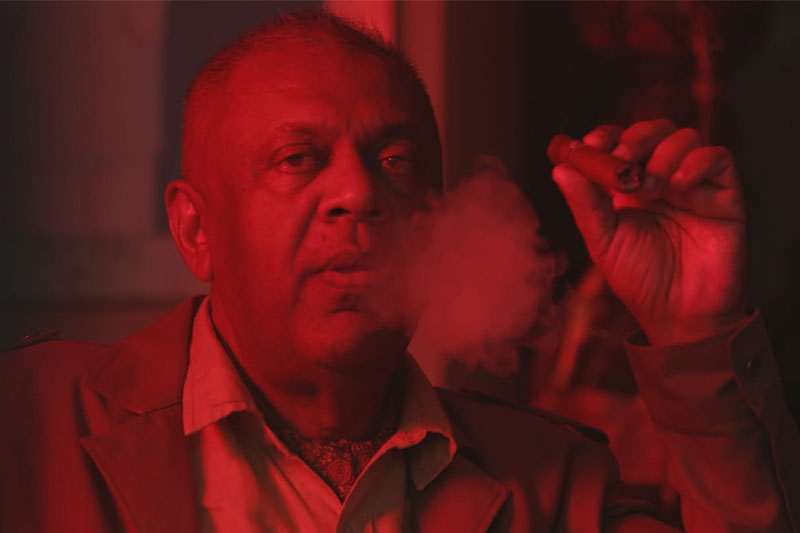 Mangala Samaraweera informed the people of Matara who had courageously provided him protection and placed their confidence in him for three decades  that he would be
stepping down from the politics of being a member of parliament from today.
Accordingly, he requests the people of Matara to refrain from casting their preferential votes for him at the upcoming 2020 parliamentary election although his name appears in the electoral list as a candidate from the Samagi Jana Balawegaya.
He had addressed letters to the leader of the United National Party Ranil Wickremesinghe and the leader of the Samagi Jana Balawegaya Sajith Premadasa informing them about his decision to refrain from contesting in the parliamentary election.
Mangala Samaraweera also held a meeting today at his residence with local government representatives from Matara and briefed them regarding his decision. Expressing his views at this meeting, Samaraweera observed that President Gotabaya Rajapaksa’s leadership has been inefficient and short-sighted, and that this has been proven within a brief span of six months.
He further observed that under President Gotabaya Rajapaksa, ethnic, racial and religious divisions among the people of the country are being widened while the state is being militarized, and that the opposition does not seem to have a clear understanding of what its role and duty should be at a time when the nation is faced with such grave challenges.
The former Minister stated that, in his view, if our nation is to be resurrected it is necessary that the fundamental values and principles of the United National Party are activated. He therefore expressed his deep regret at the division that has occurred in the Party.
Speaking further, the former Minister said that for over 30 years, he worked for united principles and policies within parliamentary politics, with the objective of raising the standard of living of all citizens of Sri Lanka, as well as forging reconciliation and enhancing a sense of humaneness. He stated that during this time, he succeeded in achieving progress for Matara as well as the country at large, yet a lot more still remains to be done.
He emphasized that it is necessary to initiate a movement towards a progressive political trajectory in Sri Lanka in partnership with the people in this country who respect democracy, and the different social identities and cultural traditions in the country, and people who are not overwhelmed and consumed by hatred towards one another.
He urged the people in this country who are not governed and guided solely by their racial, caste, religious, ethnic and gender identities at birth and those who are free of political, cultural and social hypocrisy to come together and join forces for this purpose.