About 450,000 tourist workers have lost their jobs in Sri Lanka as the impact of the COVID-19 pandemic deepens. The job destruction includes 180,000 direct employees with
the remainder from indirectly-related industries.

As the World Tourism Organization recently noted, global tourism has been “hit hard, with millions of jobs at risk in one of the most labor-intensive sectors of the economy.” 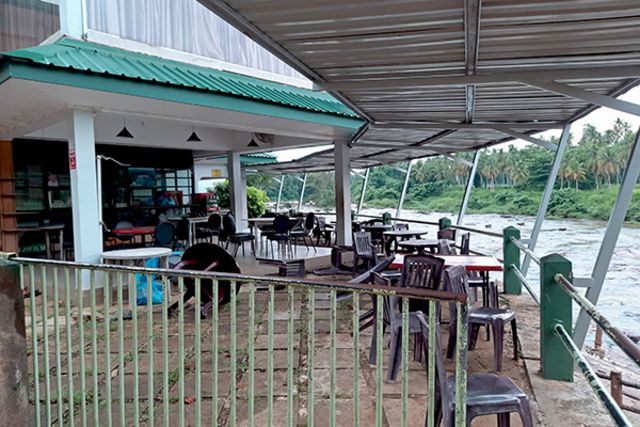 A deserted restaurant at elephant orphanage in Pinnawala

According to local data, tourist arrivals to Sri Lanka fell 6.5 percent in January, 17.7 percent in February and 70.8 percent in March, before plummeting to zero in April. Tourism is Sri Lanka’s third-largest foreign exchange earner.

The COVID-19 pandemic has not only impacted on Sri Lankan tourism but other key foreign income earning industries, big and small.

Hotels Association of Sri Lanka chairman Sanath Ukwatte told the media that the organisation expected the Rajapakse government to help his members “safeguard the jobs of the people in the industry, because we can’t do it on our own.” He called on Colombo to continue providing working capital loans at 4 percent interest on long-term payback terms. Early last month, the government provided these concessionary loans mainly to big business.

Hotel Association members, however, have little concern for their employees, having already laid off thousands of workers. Even as Ukwatte requested low interest loans, he demanded the government allow his members stop paying into employee pension funds until April 2021. Sri Lanka Inbound Travel Operators president Mahen Kariyawasam also declared that “if the government fails to give interest-free soft loans, payable in three years, we may have to take measures to cut our staff costs.”

In an attempt to revive the tourist industry after last year’s Easter Sunday terrorist attacks, the government provided big business tourist operators with concessional loans of up to 250 million rupees. However, many hotel owners granted these loans, only reemployed a few casual workers.

One destination management company worker told the WSWS that several young probationary workers had lost their jobs as a result of falling tourist visits, adding: “It is not clear whether we will be paid our salaries in the coming months.” The dismissed probationary workers were unlikely to find alternative employment. 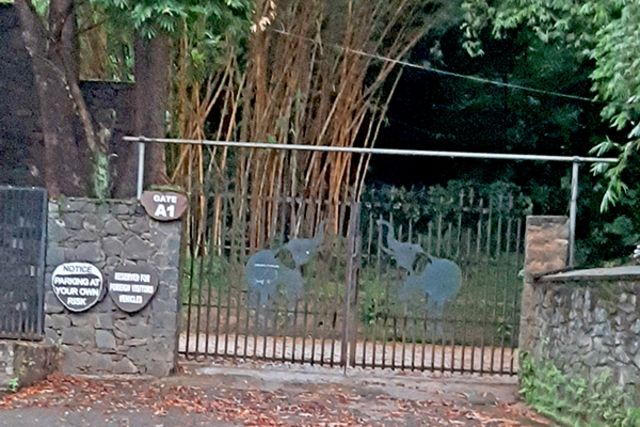 Destination management companies have also rejected Sri Lanka Tourism’s proposal to increase tour guide fees to $US35 per day. Tour guides are only paid 2,500 rupees ($US13.5), excluding meals and accommodation, and are on duty for 24 hours a day during tours. Mahesh Priyadarshana , president of the Sri Lanka Institute of National Tourist Guide Lecturers, told the media that his members’ pay claim was “far less than the regional average” and that its rejection by DMCs was “grossly unfair.”

Jetwing Hotels, one of the largest hotel chains in Sri Lanka, wants a 10 to 50 percent cut in workers’ wages to “cushion the financial impact of the pandemic.” But according to its 2018–2019 annual report, the company has made large profits—62 million rupees in 2016, 137 million in 2017 and 133 million in 2018. It also earned 103 million rupees in the 11 months since last year’s Easter Sunday terrorist attacks.

Large numbers of tourist industry workers on temporary and contract basis have been forced to work on a minimum monthly salary of 13,000 rupees. Tourist guest house workers are also forced to do multiple tasks on lower wages.
One worker told the WSWS that the hotel company he worked for had closed in March, throwing 75 contract and casual employees out of work. Permanent employees at a beach resort near the southern coastal town of Galle said the resort only had about 25 permanent staff, including managers. “But even their basic salaries,” he added, “are not paid in full, let alone given their allowances. Nothing is certain about our salaries in the coming months.”

Aruna, a hotel worker from Polonnaruwa, explained that most of his fellow casual workers had lost their jobs. “There are only four permanent employees here and they have still not been paid their April salaries,” he said.

The Sri Lanka Tourist Bus Owners’ Association has 525 members, most of whom are small-scale operators. Its president, Neil Jayatissa, said that the total value of outstanding loans by association members exceeds 650 million rupees.

Ajith from Gampaha in Sri Lanka’s Western Province explained that he has to pay 260,000 rupees per month to lease his two tourist coaches. He said that the finance companies refused to allow any leasing moratoriums following last year’s Easter Sunday terrorist attacks.

“It’s impossible now to pay any monthly leasing rentals and I’d rather let the finance companies seize my two buses,” he said. He explained that almost 1,900 workers, including drivers, bus assistants and a similar number of supporting staff, had lost their livelihoods and were desperate to find work as day labourers or farmers.

A gem and jewellery shop worker in Kandy told the WSWS that about 60 employees at the retail outlet had only received their basic salary for March. “We have not yet been paid for April. We have been told that we need to wait until the company owner gets a concessionary loan from the government. I have four dependents in my family,” he added.

Polonnaruwa District Tourist Service Providers Association secretary and tourist restaurant owner Ariyadasa said that he had not received any economic relief but still had to service a 22-million rupee loan used to upgrade his restaurant.

“None of the governments has helped the people in the tourist business here. I don’t know how to pay back the loans we have,” he said, adding that 14 workers in his restaurant were not receiving any income.

In southern Sri Lanka, there are about 500 safari tourist vehicles with around 600 drivers and vehicle owners. “Because the owners have lost their income, the drivers have lost their jobs,” a safari driver said. “It is extremely difficult” to support a family of five, with two young daughters who were still at school, he said. His oldest son, a casual worker at a finance company, has not been paid since March.

Referring to the COVID-19 crisis, the safari driver said: “The rulers take this pandemic absolutely lightly. For President Trump the number of deaths in the US is just a figure. Counting the number of deaths is like a game of cricket to these people. They want the people to go back to work at any cost. They want to build up their economy and are only concerned about their own survival.

“People are suffering because they do not have any money but [the rulers] insist that we must go to work,” he said, raising his concern that President Rajapakse had eased Sri Lanka’s lockdown too early. The US and other Western rulers were “opportunistically seeking to use the pandemic to advance their own interests, and to use it against China.”

A DMC employee in Colombo said workers everywhere faced the same conditions—the loss of jobs and non-payment of wages. The companies claim they cannot pay salaries but “where has all the money gone, the money which they’ve amassed for years?”