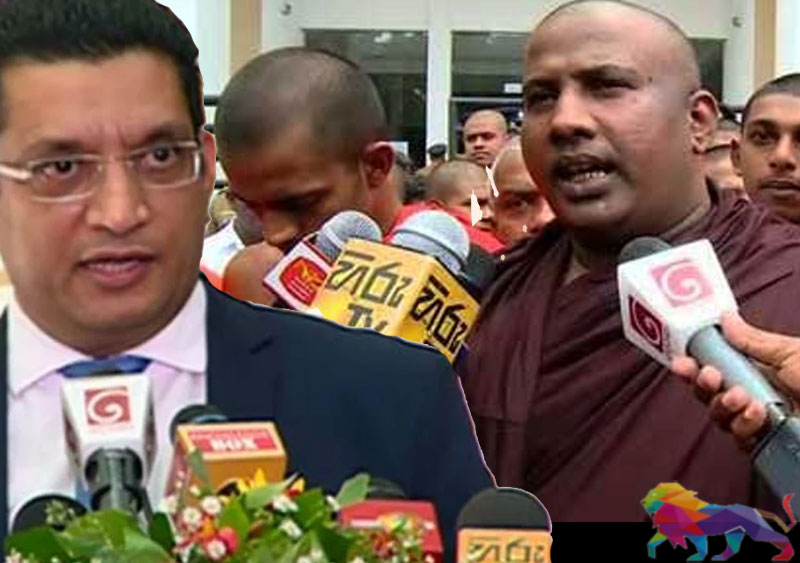 Internal sources of the government say that a coterie of 'voice cut' Theros have undertaken a contract to make defamatory statements against president's counsel Ali Sabri, a
close confidante of president Gotabaya Rajapaksa, on the direction of a powerful business tycoon backing the government.
Mohamed Ali Sabri PC is one of the front runners to be appointed through the national list of the Sri Lanka Podujana Peramuna (SLPP) at the upcoming general election.

However, the reason for such virulent attacks on Ali Sabri by these monks who represent an extremist organisation funded by this businessman has become a topic of contention in the political arena.

Sources at the Presidential Secretariat suggest that this businessman is irate over certain legal advice given by Ali Sabri, who is acting as a legal advisor to the president, and as such, is directly supporting the attacks on him.

However, the 'voice cut' attacks on Ali Sabri are likely to escalate in the near future and it is learned that a certain media institution has come forward as a media sponsor to propagate these verbal barbs.