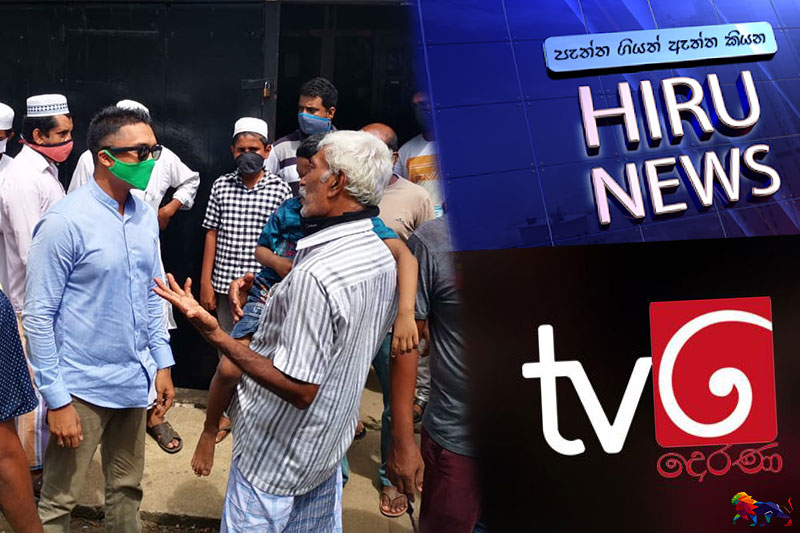 The victim was later cleared of Covid-19.

The mayor of Weligama alleges that Hiru TV and Derana TV journalists have unlawfully entered the house of the suspected Covid-19 victim and filmed the premises causing shock and distress to family members.

“By the powers vested to me under the Urban Council Act of 1987 (255) section (4), I am hereby banning the unauthorised entry of any media personal into the private vicinities of suspected Covid 19 cases,” said Mayor Rehan D.W Jayawickreme in a strongly worded letter to channel heads of Derana TV and Hiru TV.

“In the event that these warnings are not heeded, I will not hesitate to not only initiate legal action against your channel, but will also instruct the relevant public health officials (PHI) working under me, to file separate charges in regard to the obstruction of their duties.” 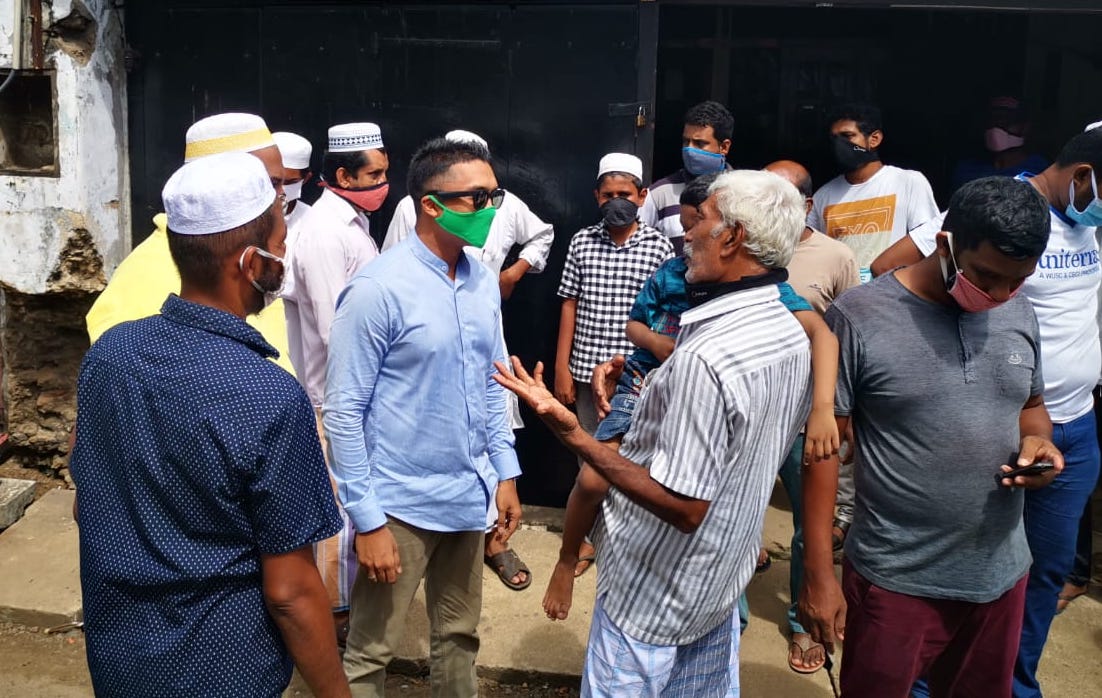 Mayor Rehan Jayawickreme near the victim's house in Weligama

TV channels in Sri Lanka have been heavily criticised for criminalising Covid-19 victims by their coverage.

“It is of paramount importance to note that our country along with the rest of the world is going through turbulent times due to this disease but it is only in Sri Lanka that I have seen patients been treated as criminals,” says Mayor Jayawickreme.

The politician believes that such a environment has been created by journalists who broadcast recordings of pandemic victims and their families without consent.

Although Sri Lankan journalists in print media have been issued with a code of ethics, the broadcast industry doesn’t have any known guidelines.

However, Mayor Jayawickreme reminds the two relevant TV channels that the broadcast frequencies they operate belongs to the public. 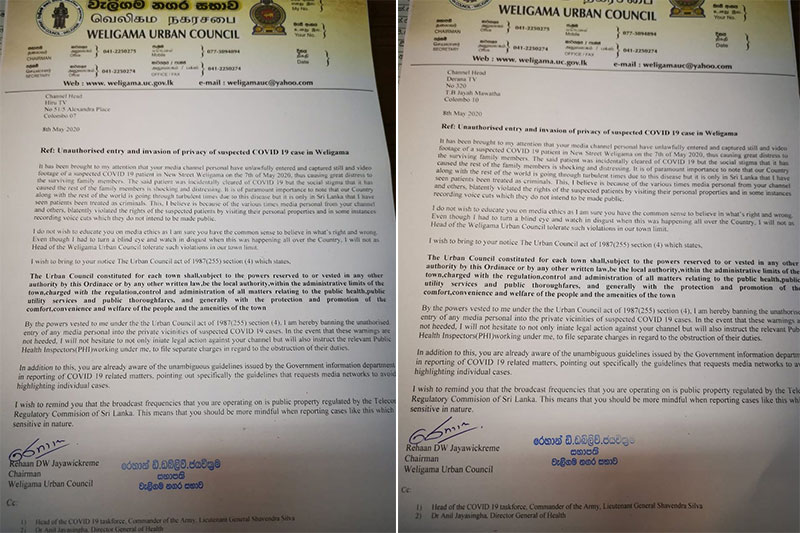 Letters sent by the Mayor Rehan Jayawickreme to the respective television channels.