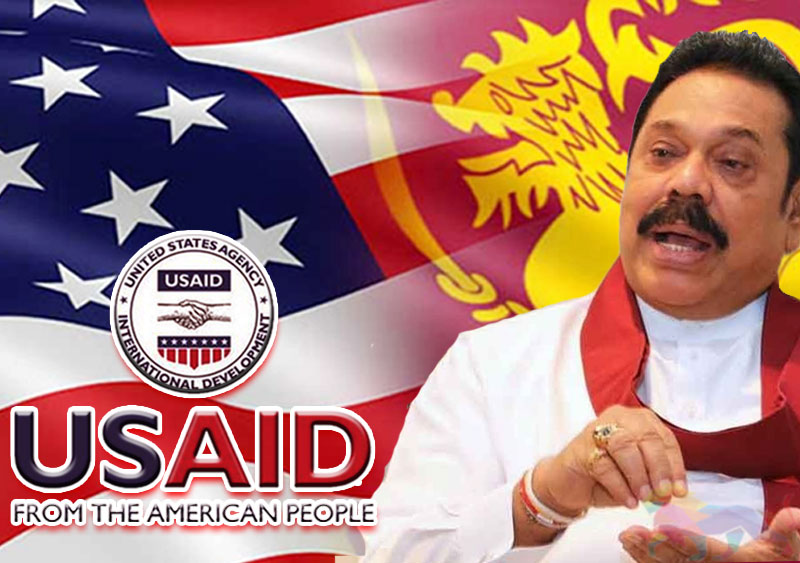 Despite repeated denials of Prime Minister and Finance Minister Mahinda Rajapaksa that Sri Lanka still has not received any foreign aid to sustain in coronavirus crisis, the
United States has announced the commitment of more than US$ 4.5 million to help Sri Lanka in its fight against Covid-19.

This brings the total U.S. contribution to US$ 5.8 million, the Embassy of the United States said in a press release issued yesterday (06).

The EU has approved Euro 22 million on April 09 while the World Bank has made a commitment of $128.

The Asian Development Bank (ADB) has allocated a $600,000 grant from the Health System Enhancement Project to the Government of Sri Lanka to finance preventive and response efforts to fight a potential novel corona virus (COVID-19) outbreak in the country.

China has extended financial assistance amounting to US$ 500 million to Sri Lanka to help the island nation combat Covid-19 and another US$ 500 million is on the pipeline.

Statements made by high interim government authorities including ministers’ claiming that the country's coffer 'has not received foreign assistance to state coffers will boomerang into the country international repercussions, economic experts warned.

Announcing the new US aid, U.S. Ambassador to Sri Lanka Alaina B. Teplitz has said “This assistance continues the long tradition of U.S. support for Sri Lanka’s security and sovereignty,”.

“Over the past 20 years, U.S. assistance in Sri Lanka has totalled more than US$1 billion, including US$ 26 million for health.”

This assistance, channelled through the United States Agency for International Development (USAID), includes US$ 2 million to increase social services for areas and populations most impacted by the crisis, and support for activities that build social cohesion.

Another US$ 2 million will strengthen small and medium enterprises and increase women’s economic participation.

As part of the newly-announced assistance, the United States is also providing US$ 590,000 in humanitarian assistance that will support vulnerable people during the pandemic, the release revealed.

This new assistance builds on the US$ 1.3 million in health assistance the U.S. Embassy announced on April 9, which is helping the government prepare laboratory systems, activate case-finding and event-based surveillance, and support technical experts for response and preparedness. 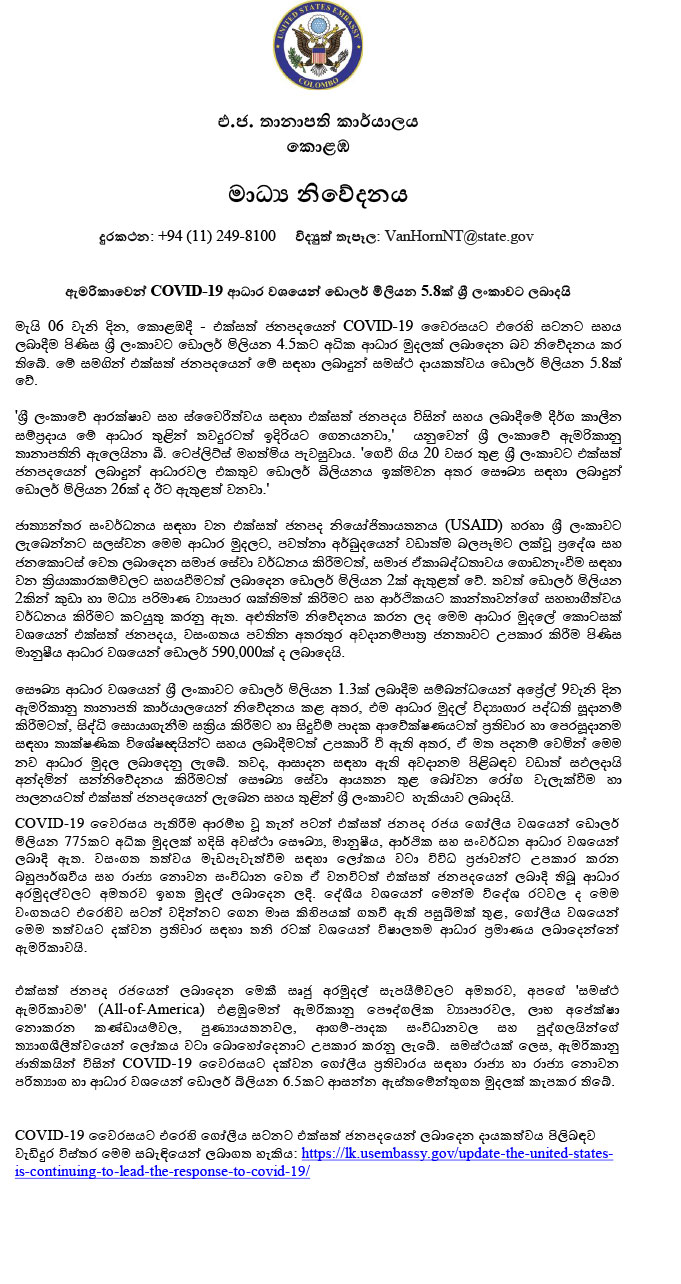