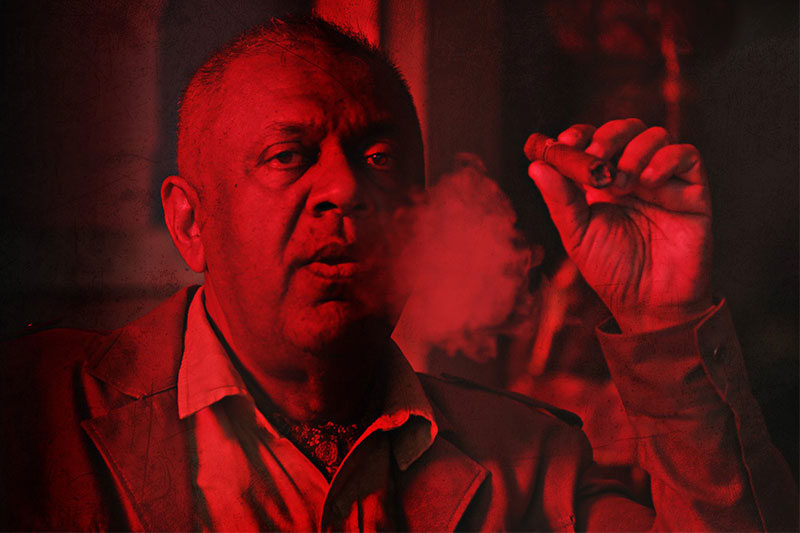 Former Finance Minister Mangala Samaraweera in a hard hitting statement rejected the attempt made by Prime Minister Mahinda Rajapaksa to pass on the responsibility of
the incumbent government's economic destabilization on the Yahapalana government.
Samaraweera accused the government's short sighted policy decisions including the myriad of tax cuts that were implemented with no foresight in December 2019 which brought about a fiscal malady with far reaching negative consequences for many years to come.
He pointed out that during his tenure as the Minister of Finance, Sri Lanka was able to record a primary surplus in its fiscal accounts for the years 2017, 2018 and until they left in 2019. Samaraweera noted that this was a record to highlight the successful economic management which the country had only witnessed in six decades after 1954-55.
Text of the statement by Mangala Samaraweera is found below.
"At the time the country’s economy has been destabilized due to reckless action by the present government, I as the former minister of finance completely reject the attempt by Prime Minister Mahinda Rajapaksa to pass on the responsibility of their economic destabilization on the Yahapalana government.

Prime Minister Mahinda Rajapaksa had released a statement on April 18, taking his political game one step further. I thought it would be better to remind that the result of this power politics that ignores the lives of the people of our country is a more tragic crime.

I do not think I should recall how the then Opposition Leader, Mahinda Rajapaksa, tried to politicize the Easter Sunday Attack in a shameless manner when it took place on April 21, 2019.

PM Mahinda Rajapaksa in his statement has made repeated attempts to convince that Sri Lanka had to face this coronavirus pandemic at a time of severe economic downturn and the “Good Governance” government was responsible for this economic debacle.

The increased GDP Growth rate shown by the MR Govt. was due to increased government expenditure due to the debt stock together with the cost of corruption during the Mahinda Rajapaksa regime which has benefited the people very little.

However, I take this opportunity to recall the key developments that the Government of Good Governance has rendered to the benefit of all the people pertaining to the economic development of this country.

• There was an unprecedented natural disaster of severe drought in 2016 and floods in 2017 which caused a loss of 1% GDP to the economy.
• 52 days unconstitutional debacle orchestrated with the support of the Head of State in 2018 created public finance and economic havoc.
• 21st April 2019 Easter Sunday terrorist attack created a setback in the tourism industry which was fast improving.
• Two party experiments in governance- stalled the speedy recovery, management and reform process.
Despite the man-made and natural disasters, the Good Governance Government has been able to bring about economic and social benefits for the people in a tangible manner.
1. Revenue of the government one of the lowest in the world by the end of 2014 at 10.5% of the GDP. Good governance government raised it above 13% of GDP. In absolute terms revenue levels doubled by the end of 2019 from what it was in 2014.
2. Not a single cent was added to basic salaries of government employees from 2006 and we from 2015 doubled the salaries of public servants in 5 years; more was added to certain sectors like, judiciary and police. Pensions of over 500,000 pensioners were nearly doubled.

3. Pension increment due on the 1st of January 2020 benefiting nearly 90,000 pensioners was scrapped. Staff officers’ allowances were also stopped by incumbent rulers of this government.

4. During the post 2015--broad based distribution of development to over 14,000 Grama Niladari divisions across the country based on rapid rural development program- Gamperaliya began to bring about benefits of true national development was scrapped.

5. So is the broad-based program for generating entrepreneurial culture through promotion of the private sector investment -Enterprise Sri Lanka programme was scrapped.

6. Moragahakanda-Kaluganga with an investment outlays of about US $ 1500 Mn were successfully completed. This was thus far the biggest development program completed after the Mahaweli.Development Project.

7. Highway extension to Hambantota and Railway Line to Beliatta was completed. Highway to Kandy was partially completed. Many water supply schemes were completed island wide.

8. With the massive investment on all manner of infrastructure programs, North and East were mainstreamed during the 5 years realizing a measure of true integration. Very comprehensive urban development program was implemented with a long-term in view. Health and education national budget locations were increased every year.

In spite of the above achievement, Sri Lanka has recorded a primary surplus in its fiscal accounts for 2017, 2018 and until we left in 2019. This was a record to highlight the successful economic management which the country has witnessed in six decades after 1954-55.
In addition, Sri Lanka maintained a healthy international relations with all the countries. The then prevailing black spots by 2014 on the Sri Lanka’s international radar were completely reversed during the five years from 2015. Since then, Sri Lanka had never been figured on in any issue associated with human rights, or political affairs - many of which were prevalent on daily basis prior to 2015.
Tax cuts with no foresight introduced administratively effective in December 2019 has brought about a fiscal malady which will have far reaching negative consequences for many years to come. Before the two-month coming into power, Sri Lanka was downgraded by rating agencies for want of a clear program for revenue management, reserve and debt management. Sri Lanka had to beg postponement of debt repayments.
No budget since 17th Nov 2019 and the Vote on Account is going to be effective till 30th April 2020. Thereafter, public finances are in question with no approved budget from parliament.
By now the world oil prices have come down tremendously signaling a negative value. Had the fuel price formula that was introduced during my tenure as the Finance minister, the people of this country would have had the opportunity to buy fuel at less than 50% of the current retail price. This government robbed the people of this facility.
The government’s short sighted economic policy has compelled it to go for money printing in billions paving the way for inflation and the debt burden has increased. As a result, Sri Lanka had to beg to postpone some of debt repayments.
In every disastrous event that has devastated, damaged and endangered the lives of our people, the political history of Sri Lanka has proved that the Rajapaksa political fanatics arrogated it to strengthen its power politics. The tsunami tragedy, the war against the LTTE and the Easter Sunday attack are just a few of the notorious instances of Rajapaksa politics.

Mr. Mahinda Rajapaksa! You have held the office of President for nearly 10 years. Anyone who remembers the serious damage done to the economy of Sri Lanka will surely feel very disgusted with these words. It is because of the 10 years of massive debt that the Rajapaksa government has taken, the commissions, the unsuccessful popular projects, the Greek bond transactions and the nepotism has lead the economy of the country in to the intensive care unit in 2015. As I have repeatedly said, the good governance government not only helped to revive the economy but also brought the economy up to the level of a normal patient from the ICU.

It doesn't have to be easy or simple. We had to repay the biggest installment of debt obtained by them in the history of the country. We had to liberate the country from the burden of huge commercial loans obtained by Rajapaksa government that were obtained with the intention of making quick bucks through commissions. Instead of the commercial loans for large scale projects, if the Rajapaksa government had concluded them as the BOO/BOT project loans, the economy would not have gone to this level.

I should say that it is in this backdrop that the economy of the country, as you have mentioned, has led to the most catastrophic situation due to short-sighted political decisions taken by the caretaker government of President Gotabaya Rajapaksa in which you are also the Prime Minister which came in to office in late 2019.  Every relief measure provided by the Yahapalana government to the people were cut under the guise of popular tax cuts by this government where you function as the finance minister and the prime minister.

The government of Sri Lanka had not expressed any concern about the coronavirus when it was spreading in December 2019 around the world. Although the first coronavirus infection was identified on January 27, the government did not care for the safety of the people.

It is to be reminded that even from the beginning of the Corona Plague, this government had enough time to formulate and implement a successful programme to protect the lives of the people of this country.

However, due to the negligence of the government or certain actions of the government, while the coronavirus is gradually spreading in Sri Lanka, the power hungry government made use of the provisions of  Article 70 (1) of the Constitution read with Article 33 (2) (c) of the Constitution as a concession to the power of the government. It is ridiculous for you to point out that only the provisions relating to the powers conferred by the President under Article 150 (3) of the Constitution have been conducive to the crisis created by your government itself. Even in the face of such a tragedy, your government wanted to dissolve the Parliament that is otherwise in force until September this year in order to make their attempt to consolidate their political power. A pandemic appeared, and the Parliament was dissolved, not due to national interest or a political crisis but simply because of the political will of the Rajapaksas, including you.

The true meaning of this statement is that people will have to risk their lives to enable the government to consolidate their power. I totally reject that statement, which confirms your shameless political character.

However, as an opposition, we are ready to work together to support the safety of the entire country at any time. Our party Leader Ranil Wickremesinghe and Opposition Leader Sajith Premadasa have stated on several previous occasions that we are prepared to assist the government as an opposition. I would like to remind you once again.

We will not support the political objectives of the government. However, we are ready to extend our fullest cooperation to save the country from the Covid-19 pandemic and ensure that all possible efforts to protect the lives of the general public are successful."