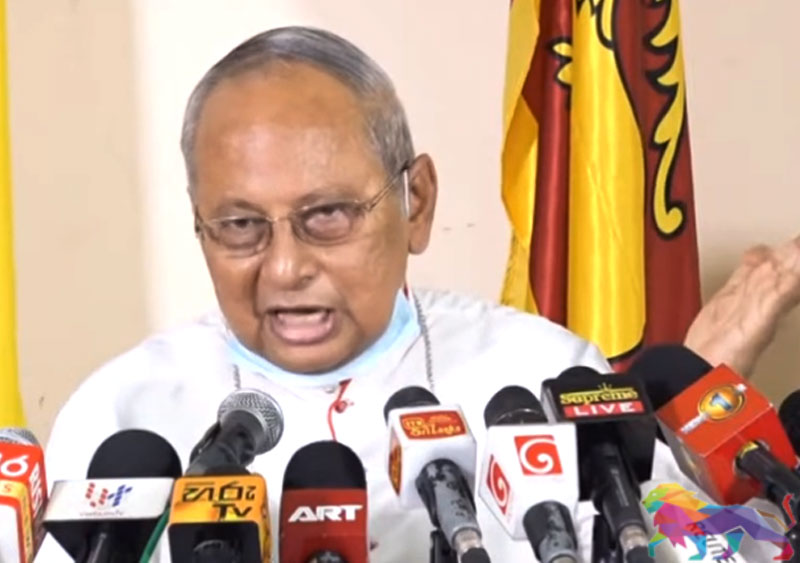 Cardinal Malcolm Ranjith has asked the Sri Lankan government to focus on eradicating the Covid-19 pandemic completely before holding elections.

Addressing a media briefing held in Colombo yesterday (16), the head of Sri Lanka's Catholic church observed that the general election should not be the country's top priority at a time the country has not been able to control the pandemic.

“I don’t think this is an appropriate time to hold elections. As of this morning, there were 238 persons that had contracted Covid-19 and there are thousands more under quarantine in detention centres across the country. It is clear we have not been able to contain the situation,” the Cardinal said.

The Cardinal stated that general elections should only be held when the country has attained a ‘0’ point status for the COVID-19 virus reiterating that reports of new cases must cease before things could be considered as under control.

Cardinal Malcolm Ranjith called for Sri Lanka to observe a two-minute silence and appealed for all places of worship to ring bells to commemorate victims of last year’s Easter Sunday bombings.

The prelate called for bells to be rung at all churches and temples nationwide at 8.40am on April 21 and requested the victims be remembered.

“Keep a two-minute silence at 8.45am and light a lamp or a candle at your home at 8.47am and observe religious rites to commemorate the victims on April 21,” he said.