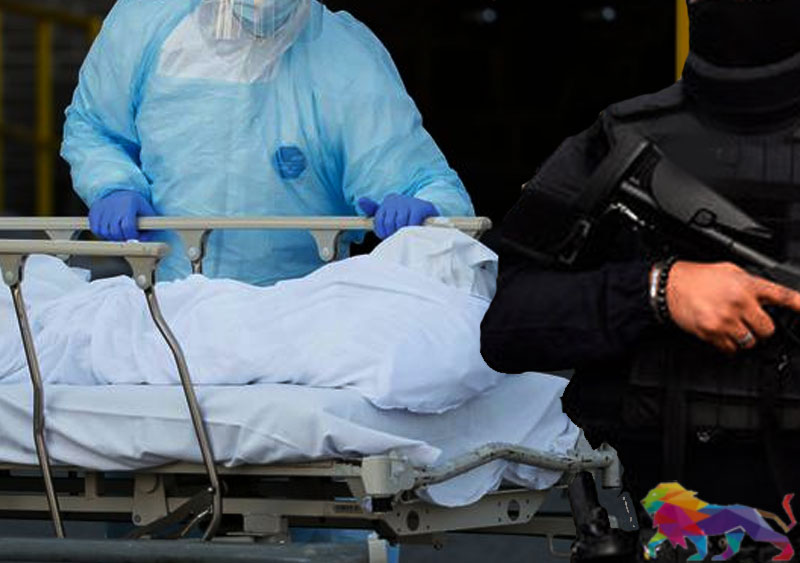 A: Shock, anger and sadness all mixed together. Specially the person cremated on the 30th, everybody expected him to be buried because the law said he could be buried.

Q: What are Muslim objections to cremation?

A: When 182 countries around the world and the WHO has issued guidelines allowing burial or cremation, Sri Lanka seems to be the only country that is thinking otherwise.

Q: So why do you think the government is doing this?

Q: What do you think might be the government's reason?

A: It seems like a few people within the medical profession seems to be having a racist agenda. There has been continuous racist attacks on Muslims. You know, some people say that Muslims need to be made to shut up. They should not have their way. They shouldn't have their own religious laws. They should all come under a common law. So this could be a prelude to that.

Q: Three out of the seven deaths so far have been Muslim. That seems to be a high number given the proportion of Muslims in Sri Lanka overall.

A: That is very true. Most of these people who died have tried to get private treatment without reporting to government facilities which have specialised units catering to this.

Q: As i understand it, after death Muslims wash the bodies and wrap them in a shroud. There is also advice that the people who carry that out should be protected and wearing protective equipment in case of any residual infection. Is there a danger that it might not happen therefore burial would present a small risk?

A:The living Muslims have certain obligations towards the dead. First of all, the body needs to be washed. Then shrouded in white cloth. Third is prayer and fourth is burial. We have informed the authorities very clearly that we don't need to wash. We don't need to shroud them in a white cloth. They can give us the body in a sealed body bag and the authorities could come and do the burial themselves. All we need is three minutes to say a prayer for the dead and that can be done fifty metres away. But for us, burial is important and hospital or medical staff can perform the burial. There is no requirement for Muslims to be involved in that.

Q: I mean that is quite the concession you have offered to the authorities. You were prepared to do that?

A: We offered. But we have offered even more. They fear any kind of contamination so we were ready to concrete the coffin.

BBC Presenter: We spoke to Dr Channa Perera, Consultant Forensic Pathologist attached to Sri Lanka's Ministry of Health and dealing with the management of dead bodies. He told us that the government has nothing against Muslims but they have "a small fear about whether the virus can be used for unauthorised activities. Maybe an unwanted person could get access to a body and it could be used a biological weapon," they said.