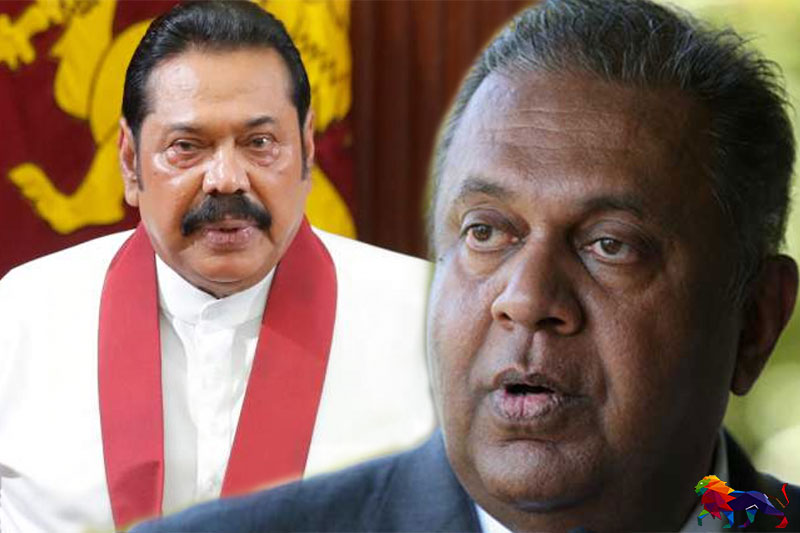 Former minister of finance Mangala Samaraweera lambasted premier Mahinda Rajapaksa for the grossly irresponsible and misleading statement the latter had made recently.
Please find the full statement by Mangala Samaraweera below.
"Mr. Mahinda Rajapaksa is the Prime Minister of Sri Lanka. He also holds the vital portfolio of Finance, Economic and Policy Development. He was President of Sri Lanka for two terms and held many ministries during that time. And he has been a Member of Parliament since 1970.

Therefore, he has no excuse whatsoever for the grossly irresponsible and misleading statement he made yesterday. It is a base political statement, dressed up to conceal its mendacity, using the official letterhead of the Prime Minister.

In the interests of brevity, I will not respond to the entire statement. However, the claims made in relation to Parliament’s role in our Republic and its public finance function have a direct bearing on the health crisis, economic crisis, debt-crisis and looming constitutional crisis facing our nation today.

“It is without getting a budget approved in Parliament that we have allocated this amount of money and given relief to the General Public.”

Any money allocated by the Government is the public’s money. It is raised by taxes and by debt – which must be paid by future taxes. It is not the largesse of any person, office or family.

The current allocation of money is determined by the Vote-on-Account passed by a Resolution of Parliament on 23 October 2019. That Resolution determines the scheme of expenditure and borrowing for the period 1 January 2020 to 30 April 2020. Therefore, any money the Government must have been approved by Parliament.

The Prime Minister’s claim that money is being spent without Parliamentary approval is a very serious violation of the Constitutional provisions on public finance. These provisions clearly state that Parliament has the power of the purse; including complete and undiluted control over government revenue, expenditure and debt.

“The President did not have the opportunity to get the assistance of Parliament to do any of these things. Parliament did not support us when we tried to get an interim budget approved before Parliament dissolved.”

As stated above, all the expenditure currently being spent by the Government is under the Vote-on-Account passed on 23 October. Any expenditure outside that would be a violation of the constitution. Therefore, Parliament has adequately discharged its duty of providing the Executive with necessary funds for the governance of the Republic.

As further expenditure and borrowing is necessary in light of the Coronavirus, my colleagues across the political spectrum have made abundantly clear that they will support the allocation of additional funds and an increase in the debt ceiling.

As to the claim that “Parliament did not support us when we tried to get an interim budget approved before Parliament dissolved”, that is a lie. The Government moved an unprecedented resolution in Parliament. It attempted, for the first time in history, to move a motion to amend a Vote-on-Account. Despite this highly irregular procedure, political parties sitting on the Opposition benches agreed to support the Government’s social welfare schemes. We did not object to increases in expenditure on health, education and other schemes.

However, we did object to raising the debt-ceiling. As a result of the debt-fuelled growth of the 2009 to 2015 era and the utterly irresponsible tax cuts this year, Sri Lanka was in a debt-trap. If we failed to pay our debt, then we would default. This would lead us down the path of Argentina or Greece. In order to prevent this fate, we insisted on maintaining the responsible borrowing limit that had been put in place. Between 2017 and November 2020, Sri Lanka recorded its first proper primary surplus – meaning the government’s books were balanced - in 63 years. That record was repeated in 2018 and up until November 2019. This was maintained despite the Rajapaksa’s constitutional coup and the Easter Bombings.

“The public who have the sovereignty ask us as to what use there is re-summoning Parliament in such a situation.”

They are also concerned that the rule-of-law is maintained and proper checks-and-balances are put in place. We have seen the corruption and abuse of power that arises when there is no accountability. Parliament is one of the three key pillars that constitutes the checks-and-balances that protect our government from abuse and keep our democracy – the oldest in Asia – alive and flourishing. Sri Lanka has faced many disasters: natural, like the Tsunami, or man-made, such as terrorism and insurgencies. We have faced them all successfully because we were a democracy.

This is why the constitution clearly states that the sovereignty of the people shall be jointly exercised within a framework of fundamental rights. First by the legislature. Second by the executive. And third by the judiciary. In fact, following the passage of the 19th Amendment, the President is responsible and accountable to Parliament. Due to the dissolution of Parliament, it has been unable to provide that oversight. As the date of elections has been extended, and the country has been engulfed by multiple crises, it is the President’s duty to invoke the provisions of the Constitution relating to such a situation, including Article 70(7).

The government is playing fast-and-loose with the Constitution and with the rule-of-law. It is not only putting the health of our democracy in danger, its actions are severely damaging the health of our economy. The borrowing limit is about to be breached, which means the government can raise no further funds despite the desperate need for a fiscal stimulus. We are on the verge of a constitutional crisis. There is uncertainty about the authorization to raise funds following 30 April. This cavalier attitude, combined with the myopic tax-cuts earlier this year, are key reasons why the interest rate on government debt rose to over 100% last week. Investors and financial markets have lost all confidence in the government. Even before the corona outbreak, the stock market was plummeting and foreign investors sold their assets in droves. By contrast, following the Easter Bombings we were able to raise debt in June 2019 at 5.49%.

Many citizens are going to lose their jobs. Our industries are facing an unprecedented crisis. The rupee is collapsing. This is the time to get all arms of government working to prevent any further deterioration in the situation. It is not the time to start constitutional crises. It took the economy months to recover after the last one in October 2019. To do so then was criminal, to do so today would be the most callous case of placing a family’s private political interest over the interests of the entire country."