Sri Lanka’s President failed to heed a written warning that he should act to prevent panic over the COVID 19 virus in a high security prison where two inmates were shot dead in a riot triggered by rumours.

Officials in the Anuradhapura prison had opened fire on detainees who launched a protest on March 21 demanding release of minor offenders to minimise risk of spreading the disease among the prison population.

Two have succumbed to injuries while six others are being treated for injuries, said the Police Media Director SP Jaliya Senaratne.

Police said that prison officials shot at protesters who tried to escape. Police Special Task Force (STF), riot squad and the army was rushed to the scene.

The prisoners protest was prompted following unverified reports circulating that a non-Lankan inmate who was taken to hospital had been identified as a coronavirus victim.

Health officials later denied that the foreign national was affected. 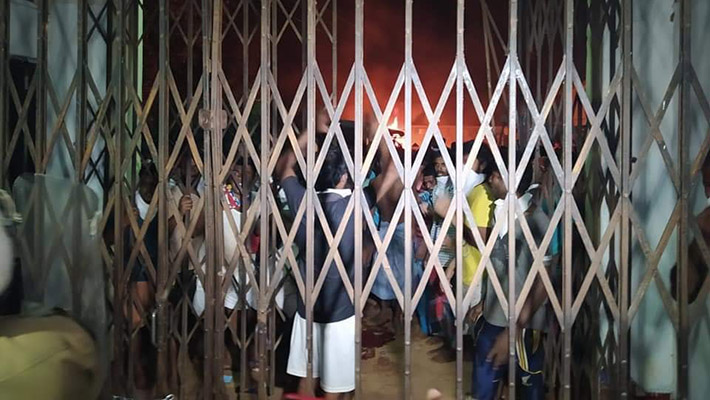 The country’s leading prisoners’ rights watchdog that had earlier raised the alarm of panic among detainees fearing a coronavirus outbreak in Sri Lanka’s overcrowded prisons, blamed the president for the deaths.

“This tragedy would have been avoided if the president listened to us when we warned him that a coronavirus threat in prisons would end in a disaster. The government is giving advice of social distancing. How can prisoners keep a one metre distance from each other when prisons are already overcrowded?”

Five days before the Anuradhapura prison killing CPRP wrote to the president urging the release of minor offenders and the elderly to ease the overcrowding to help control the spreading of coronavirus in prisons. 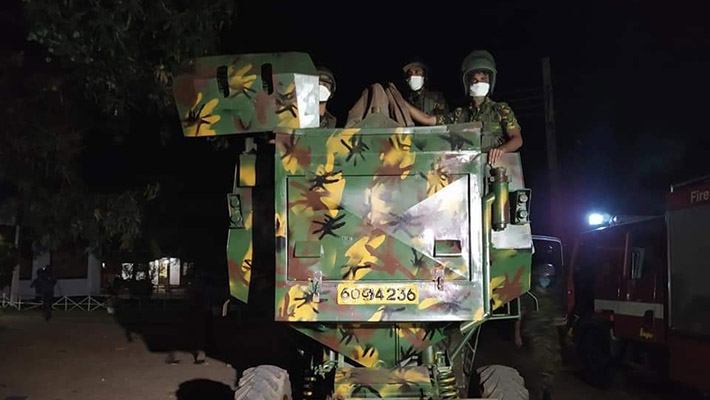 The letter to President Rajapaksa on 16 March highlighted that the country’s main prison facility in Welikada built to house 800 inmates is packed with 5000.

“in addition, the prison hospital lacks facilities. If the corona disease spreads, it poses a deadly threat not only to inmates but also to the prison staff,” it warned.

CPRP is yet to receive a response.

Sudesh Nandimal warned of riots spreading throughout all prisons in the country if the president continues to disregard the issue of overcrowding.

A UN representative visiting Sri Lanka had warned as early as 2016 that all prisons are characterised by a very deficient infrastructure and pronounced overcrowding.

“During my visit I observed levels of population exceeding capacity by well over 200 or 300 per cent,” said Juan E. Mendez, Special Rapporteur on torture and other cruel, inhuman and degrading treatment or punishment.
(Source: JDS Lanka)