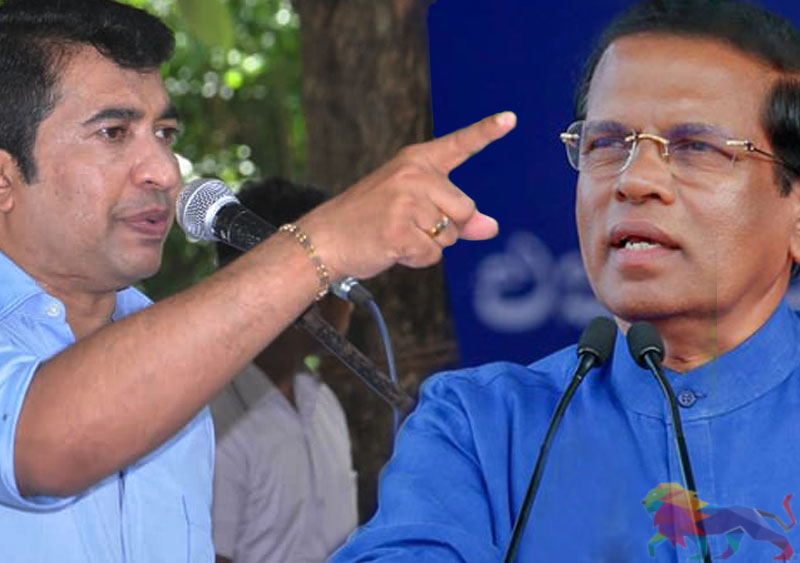 State Minister Roshan Ranasinghe says that former President Maithripala Sirisena will not be allowed to contest in the Polonnaruwa district under the 'Pohottuwa' symbol and that the SLFP should contest independently in the upcoming general election.

He further said that he requests Prime Minister Mahinda Rajapaksa and SLPP founder Basil Rajapaksa to facilitate arrangements towards this end.

According to surveys, the SLFP could win only four seats in the country if they contest independently, Minister Ranasinghe pointed out. He made these comments while addressing media in Polonnaruwa.

SLPP against the conditions set by SLFP

Meanwhile, parliamentarian D.V. Chanaka said that the conditions laid down by the SLFP in forming a new alliance for the upcoming general election were unfair.

He said that SLPP would be subjected to injustice due to these conditions.

The MP also expressed his views on the leadership and symbol to be used in the upcoming general election.

Meanwhile, the majority of SLFP activists say that Basil Rajapaksa's treatment towards the SLFP should not be tolerated any longer.

They say that if the SLFP does not contest separately in the next general election, it will be the end of the SLFP's journey.

Furthermore, Central Committee member of the SLFP and former Governor of the Northern Province, Dr. Suren Raghavan says the party should allow those who want to leave and fight it out alone at the upcoming election. He said that this would be beneficial for parliamentary democracy in the future.