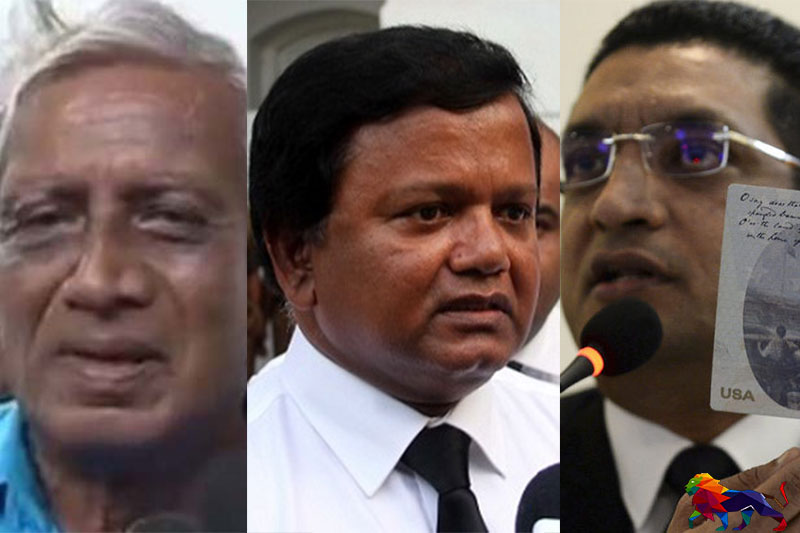 The statement by former MP and presidential candidate, Milroy Fernando that the Election Commission (EC) Chairman had informed him that there were no documents
submitted to the EC to verify whether Sri Lanka Podujana Peramuna (SLPP) presidential candidate Gotabaya Rajapaksa had relinquished his US citizenship has placed doubts once again over Gotabaya’s US citizenship status.

Fernando told the media after meeting the EC Chairman that he had submitted a letter to the EC requesting copies of the certificates and documents submitted by Gotabaya to certify that he was no longer a US citizen.

“However, the EC Chairman said he can’t give any documents because he had not received any. We reiterate that Gotabaya is still a US citizen and as such, it is wrong for him to contest. If we elect a person like him, then we will be electing a US citizen to the presidency,” Fernando said.

He further expressed disappointment over the statement made by Gotabya’s counsel, President’s Counsel Ali Sabry that all documents pertaining to his client (Gotabaya) relinquishing his US citizenship had been submitted to the EC.

“But not a single document that shows Gotabaya has relinquished his US citizenship had been submitted to the EC. Therefore, it is a laughing matter to field such a candidate and for the President’s Counsel to lie in this manner to deceive the public and attempt to take them for a ride. We request the people to decide wisely whether to elect a US citizen or a Sri Lankan citizen as the president of the country,” Fernando added.

Meanwhile, President’s Counsel Upul Jayasuriya has also noted that Election Commission Chairman Deshapriya had informed that SLPP presidential candidate Gotabaya Rajapaksa has not submitted any document regarding the renunciation of his US citizenship to the Commission.

Jayasuriya addressing a press conference said the EC Chairman had conveyed this to their fellow President’s Counsel Thisath Wijegunawardene when he had inquired this from the Chairman.

However, Attorney Ali Sabry on Sunday told the media that all documents related to Gotabaya’s renunciation of US citizenship were handed over to the Elections Commission a few months ago.

President’s Counsel Jayasuriya has now rejected Ali Sabry’s statement saying Gotabaya had not submitted any of the documents related to the loss of his US citizenship at any occasion.

“It is a question to be asked as to why the relevant documents were not submitted when the nomination was handed over to the Commission. The documents should have been submitted at that point without leading this issue to such a quandary,” Jayasuriya said, adding. “it was more baffling that the name of Gotabaya Rajapaksa was not in the list of those renounced US citizenship as at September 30 this year “

“If Mr Rajapaksa is actually concerned about the matter and wants to convince that he is no longer a US citizen, what can be done is to make a request to the US State Department so that it can reveal its official stance and can question as to why his name is not included in the list. However, Mr Rajapaksa is not into such a move,” Jayasuriya observed.

“Nobody other than Mr Rajapaksa can make that request and not even the US or Sri Lankan governments or any other official can make it because of the confidentiality that is being maintained between the US Department and the applicant, Gotabaya Rajapaksa ” he added.

However, EC Chairman Deshapriya has said it is not the business of the Commission to inquire about candidates’ citizenship and as such the EC had not asked them to furnish any documents pertaining to their citizenship.

Deshapriya has told the media that the EC had not asked any candidate to produce any documents pertaining to the renunciation of other countries’ citizenship and added they had no relevance to that.

“We do not examine any documents of renunciation of citizenship on the submission of nomination or prior to that,” he has said.
Related News:
AliSabrypresents a fraudulent document at the eleventh hour; leaves Gota helpless! ...