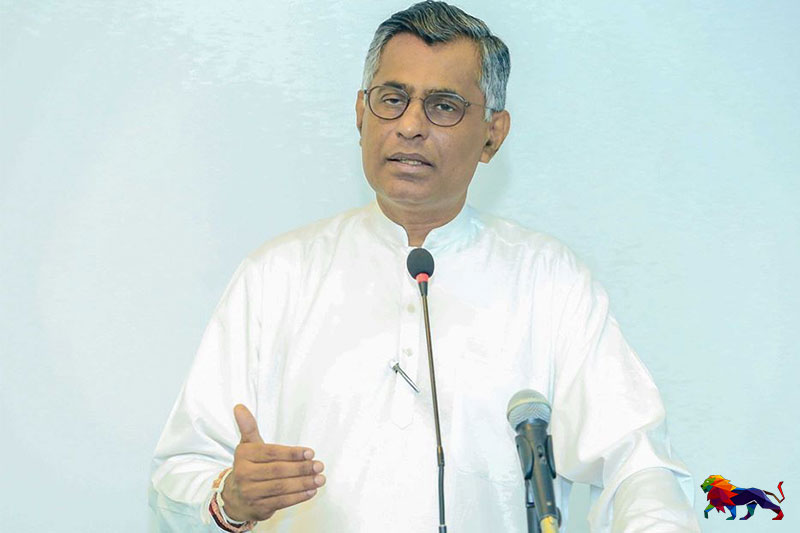 Challenging the Rajapaksa-led opposition to prove that the present government had sold off any State land free-hold to foreigners, Megapolis and Western Development Minister Patali Champika Ranawaka yesterday listed out various corrupt mega land deals he claimed as done by the ‘Rajapaksa & Company’ clan during the Rajapaksa era.

The Minister told a news media briefing at Pitakotte last afternoon that the Rajapaksa clan had been involved in the sale of State land occupied by the Army headquarters to foreign companies outside required procedure.

Showing the agreements relating to the sale of two land plots (6-acres and 4-acres) where the Army Headquarters was earlier located at Galle Face in Colombo to the Shangri-La Hotels Lanka (Pvt) Ltd company in 2010 and 2011, Ranawaka claimed that the said lands had been sold without following a proper tender process or an open procurement process.

The Minister also showed another agreement, which he called a ‘ransom agreement’ that had been signed between the TPL Company and the Halyard Company on the very next day after the first agreement that was signed which he claimed was to grant US $ 5 million to the Rajapaksas as “a bribe”. He said that TPL and Halyard were subsidiaries of the Mihin Lanka company and the Shangri-La company respectively.

“How can Mihin Lanka have a connection with the Shangri-La hotel project?” the Minister questioned. “USD 5 million is equivalent to Rs. 900 million at present,” he pointed out and read out what he said was the relevant agreement in which it has mentioned the interest of MP Namal Rajapaksa in purchasing the Tangalle Bay Resort in Tangalle along the Southern coastal line.

The Minister called on former President Mahinda Rajapaska and former Defence Ministry Secretary Gotabaya Rajapaksa to respond to these charges.

The Minister also claimed that Muditha Jayakody, the main architect of the new Tri-Forces Headquarters in Akuregoda, Pelawatta, was a relative of the Rajapaksa family. He had been paid 1 percent of the cost of the multi-billion-rupee project.

Quoting the statements given to the courts by Jayakody relating to the controversial luxury house situated in Malwane, which is said to be owned by former Minister Basil Rajapaksa, Ranawaka questioned whether this house was purchased by Jayakody using the money he earned through the Tri-Forces Headquarters project.

“It has been proven now that Mahinda Rajapaksa has robbed national properties. The Rajapksas have no right to contest at the election without providing a proper answer to these questions. They must apologize to our soldiers,” the Minister said.

According to the Minister, the people of this country will give a proper verdict to these injustices on November 16.

“A special court to examine those cases and issue immediate verdicts will be set up after the presidential election victory of Minister Sajith Premadasa,” he added. (Daily News)