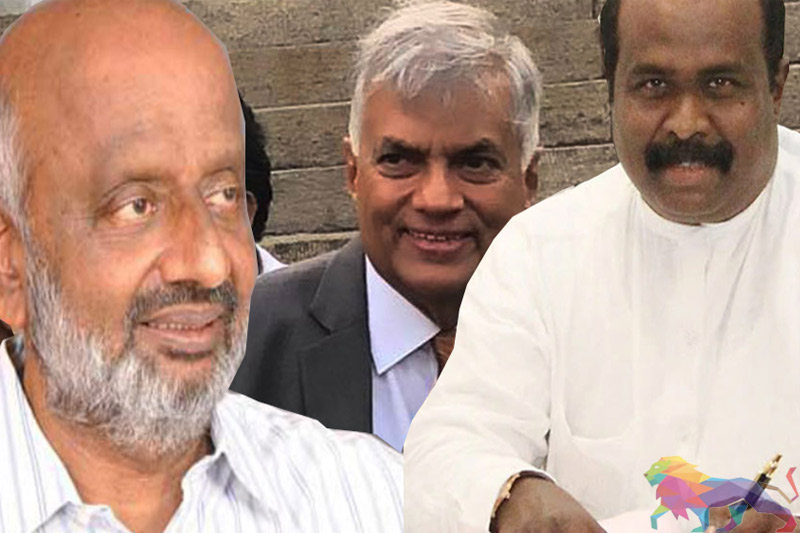 Leader of TELO, MP Selvam Adaikalanathan and PLOTE Leader, MP Dharmalingam Siddharthan have met with the Prime Minister after the main constituent party of the TNA, the Ilangai Tamil Arusa Katchi (ITAK) extended its support to Premadasa on Sunday (3).

The Prime Minister had convened the meeting with the two Tamil political leaders in order to discuss getting their support for Premadasa at the elections.

The discussion had been focused on the NDF candidate’s proposal to resolve the national issue and the Prime Minister had explained in detail Premadasa’s policy on the matter.

The two Tamil leaders have agreed to extend their support to Premadasa and have said they will make an official statement in a few days.

Sources at Temple Trees said that many Tamil leaders were unaware of Premadasa’s policy on the national issue and the Prime Minister has now intervened and explained the issue thereby building confidence in the minds of the Tamil leaders.

Meanwhile, addressing a series of meetings in Batticaloa, the Prime Minister has said that while the government is engaged in building a Sri Lankan identity among all in the country, the Rajapaksas were trying to obstruct the process through racism.

The Prime Minister has explained that it was the policy of the alliance led by the United National Front (UNF) to take the country forward through unity and equality among all Sinhalese, Tamils and Muslims.