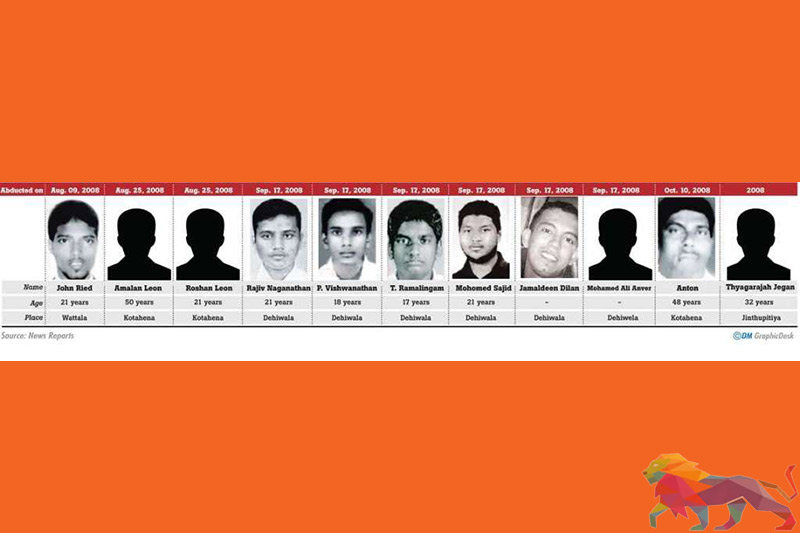 The Criminal Investigations Department (CID) has received the green light from court to deploy three separate teams to investigate the controversial Navy camp in Trincomalee,

which was allegedly used to hide several abducted youths during the previous Rajapaksa regime.

The court order was reportedly obtained in the investigations over the disappearance of 11 youths between 2008 and 2009.

The CID had last week sought a court order to deploy a team of Judicial Medical Officers (JMO), Public Health Inspectors (PHI), and Scene of Crime Officers (SOCO) to the Trincomalee Navy base to inspect the cells where the 11 boys had reportedly been detained before they went missing

The magisterial case over the disappearance of the 11 youths is nearing completion.

The Colombo Magistrate’s Court last Friday (1) granted the CID approval to send the three teams to the Navy camp.

Accordingly, the inspections had been fixed from 2-10 November following which, reports on the inspection will be handed over to the CID.

A senior police source involved in the investigations has told the media that the team of PHIs will inspect the conditions of the cells where the youths had been held and the basic facilities for the detainees.

The JMO and SOCO teams are to look for human residue and any other evidence which may confirm that the youths had been detained at the cell.

In 2015, a group of UN experts had inspected the Navy base in Trincomalee, including what they said was a former secret detention facility within the base.

The inspection was carried out by the UN Working Group on Enforced or Involuntary Disappearances.