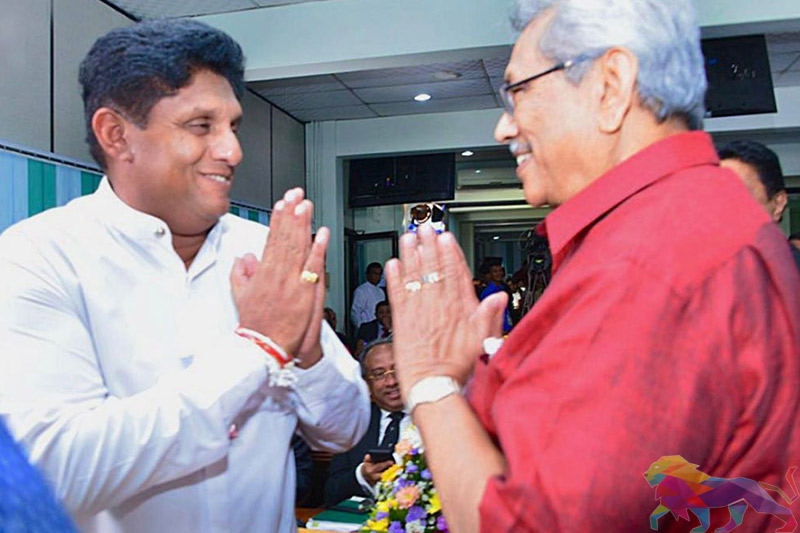 (SLPP) presidential candidate Gotabaya Rajapaksa to participate in a face-to-face public debate with him.

After calling Rajapaksa for a one-on-one debate, Premadasa has said that since there has not been any response from the SLPP candidate to the written request presented by him, he would renew the call and also permit Rajapaksa to bring his family members along with him for support at the debate.

According to Premadasa, he was prepared to face alone for a debate with the SLPP candidate and his family members if Gotabaya Rajapaksa was not confident to face a one-on-one debate alone.

“I called Rajapaksa for a debate on several occasions and even sent a written request, but there has not been any response to it. Therefore, I decided to renew the invitation. He can bring his brothers the Opposition Leader, the former Speaker and former Minister Basil Rajapaksa also for the debate along with him. I will also permit him to bring the former First Lady Shiranthi Rajapaksa also with him. I will stand alone against all of them at the debate. I do not need crutches to support me,” Premadasa said at a public rally on Sunday (27).

However, the SLPP candidate has opted to remain silent about Premadasa’s challenge.