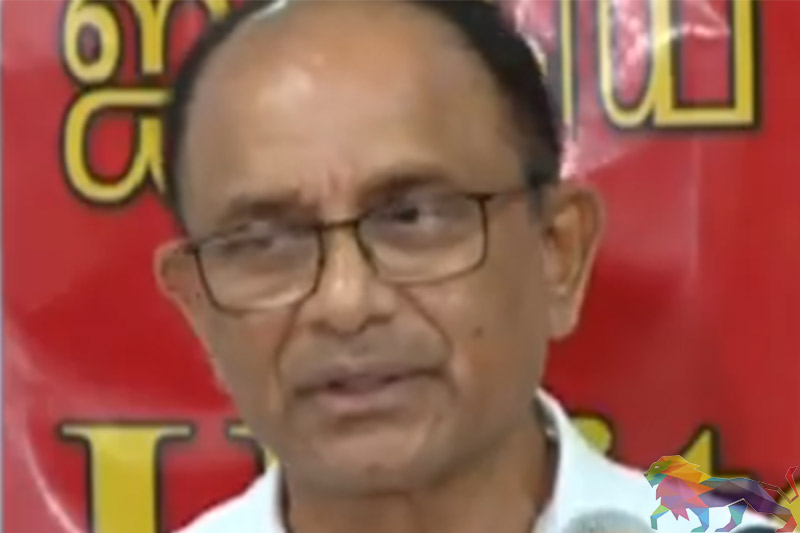 to preserve the democracy, the rule of law and the independence of the judiciary that was won in 2015.

Wickramaratne made these comments attending a press briefing on Saturday (26).

"The enemy before us is very dangerous. A year ago at a Viyathmaga seminar, Major General Kamal Gunaratne claimed that not only those working to change the constitution, even their supporters will be killed. He said that they will not allow the body to be carried above the knees like during the 87,89,90s and instead will be wrapped in a mat and buried."

"Sarath Weerasekara who held a top position in the Navy said those bringing about constitutional amendments are traitors and that legal action should be taken against them.''

“Therefore we need not explain what will happen to the country if a rule like this is elected. We know the consequences. Therefore when that Satan is at the door, there is no point in playing the harp,'' he said.

“There are more important political reasons as well. We saw how the urban oppressed where treated, the labourers in Rathupaswala, the fisherman in Chilaw such as Anton Fernando. This is the future”.

“This was when he was a mere secretary. So what will happen when he is made President?”

“Therefore to protect democracy and the democtracti space we achieved in 2015, to protect the independence of the judiciary as well as the rights ensured by independent commissions, to ensure the parliament remains the most powerful institutions we will have to take this step,” he noted.