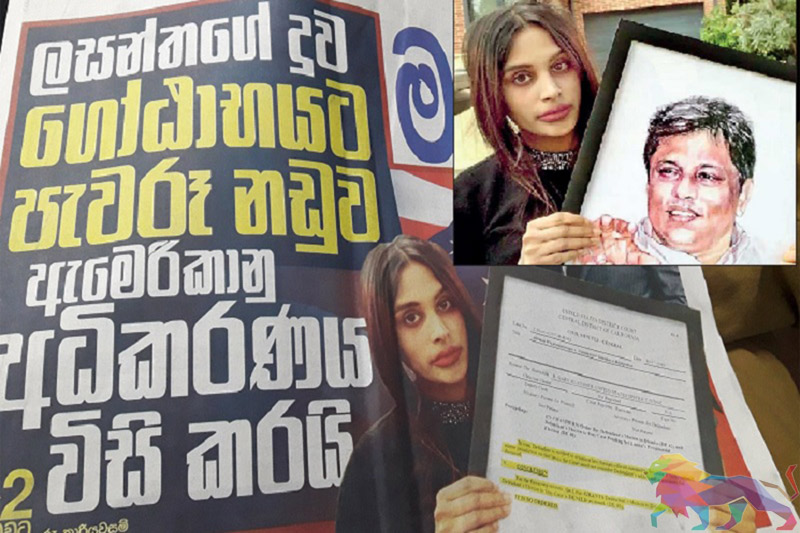 The journalists have condemned in the strongest possible terms, the coordinated decision by two newspapers to use a manipulated photograph of a victim of crime in their reporting of a matter of extraordinary public interest.

In their reporting of a judicial decision in the United States, the Mawbima and Ceylon Today newspapers were accused of deliberately manipulating a photograph of Ahimsa Wickrematunge in a derogatory and insulting manner.

The original photograph was one of her holding a framed picture of her father, the late Lasantha Wickrematunge.

The image published on the front pages of Mawbima and Ceylon Today removed the visage of Wickrematunge and replaced it with an extract of the American judicial decision that was unfavourable to her. 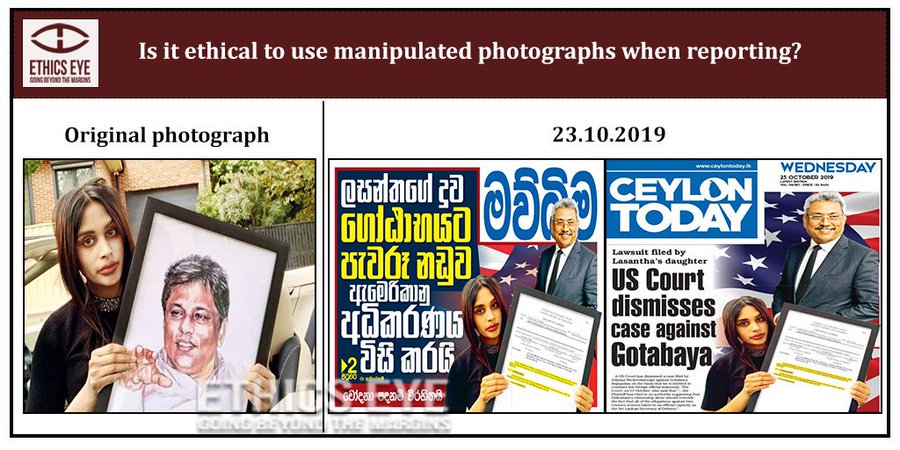 “To the journalist community in Sri Lanka, Ms. Wickrematunge is no ordinary litigant. Her father is no ordinary victim. He was one of us. Whoever killed Lasantha Wickrematunge, it is undisputed that his murder was provoked by his journalism. It is also undisputed that 10 years later, this heinous crime has gone unpunished,” the media release said.

The statement said that whatever the merits of the litigation brought by Ms. Wickrematunge in seeking accountability for her father’s murder, as journalists one must respect the legitimacy of her grief and pursuit of justice.

“Lasantha Wickrematunge was yesterday’s victim. Tomorrow, it could be one of us who is murdered under a future regime, and it could be our sons or daughters who fight for justice on our behalf. We need not agree with Ms. Wickrematunge’s views, but as members of a fraternity of professionals who have too often been subjected to abduction, torture and murder for practicing our craft, it is incumbent on us all to respect the highest ethical standards when reporting on matters connected to the pursuit of justice by the kin of our fallen colleagues,” the statement said.

The journalists have urged fellow journalists and editors at Mawbima and Ceylon Today to tender an immediate and unconditional apology to Ms. Ahimsa Wickrematunge and to refrain from allowing similar ethical lapses in the future.