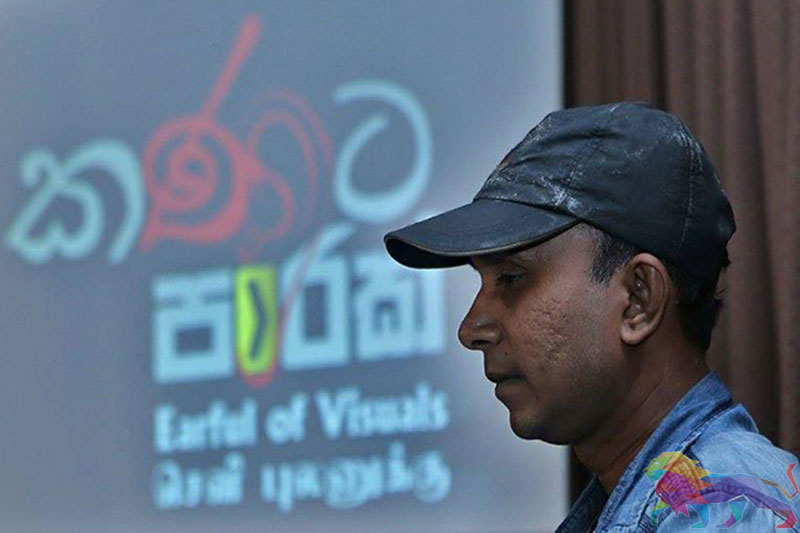 Malaka Devapriya was interrogated for four hours by the Police on 17 October by police Organized Crimes Prevention Division (OCPD) about a radio drama production by him, says his lawyer Sanjaya Wilson.

The series "Kanata Parak" (Earful of Visuals) had been aired on the national radio channel a year ago.

His feature film Bahuchittawadiaya (The Undecided) won the special jury award for best direction at the 8th SAARC Film Festival 2018 and had been screened in several international festivals.

Devapriya had been questioned following a complaint by extremist Buddhist monk Angulugaha Jinananda accusing the playwright of distorting Buddhist terminology.

Police had initiated legal action against the playwright under Section 3 (1)of the International Covenant on Civil and Political Rights Act (ICCPR Act) No.56 of 2007 and Sections 291A and Section 291B of the Penal Code.

This is the second time this year that police used the ICCPR act to punish writers seen as critical by the dominant Buddhists hierarchy.

He was released from the remand prison in August.

However, police have failed to investigate topmost Buddhist monk Warakagoda Gnanarathana who in June publicly called to stone Muslims.

Leading rights watchdogs condemned the police action against Sathkumara as a misuse of the ICCPR act.

International PEN has launched a petition urging Sri Lanka to drop charges against him.

Both writers could end up in jail for ten years if the court finds them guilty.☐