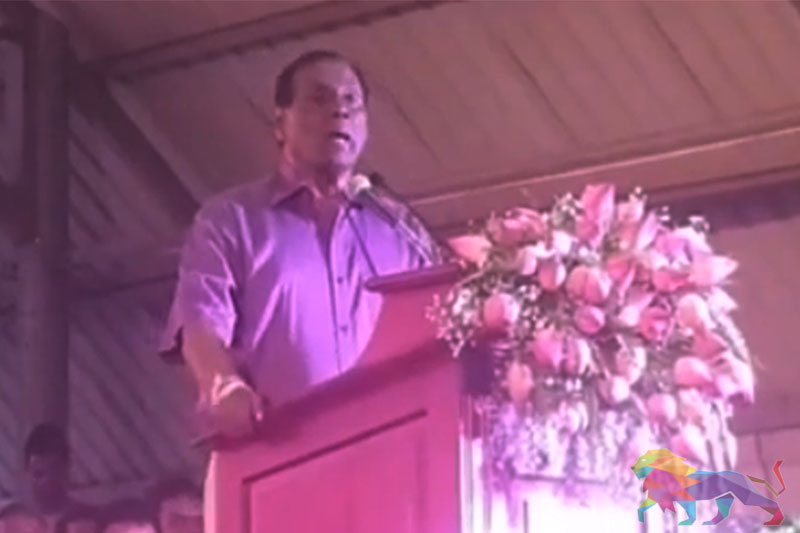 MP John Seneviratne, a senior member of the SLFP parliamentary group which pledged its support to Pohottuwa candidate was booed by rally-goers in Eheliyagoda.

Seneviratne had attempted to address the rally organized to support Rajapaksa but was heckled by SLPP supporters instead.

While both Vasudeva Nanayakkara and Pavithra Wanniarachchi attempted to intervene so that Seneviratne could finish his speech, supporters had continued to heckle the political veteran leaving him to stop mid-speech.

An SLFP Minister who recently joined the SLPP said it is clear the dissent voiced against Duminda Dissanayake in Anuradhapura has grown momentum and is being done in an organized manner now as evident by the situation faced by John Seneviratne.

According to him, grassroots political leaders of the SLPP are voicing their objections to the SLFP joining its party. He added that therefore many SLFP MPs who worked with the Yahapalana government will find it difficult to join the campaign trail of the SLPP going forward.