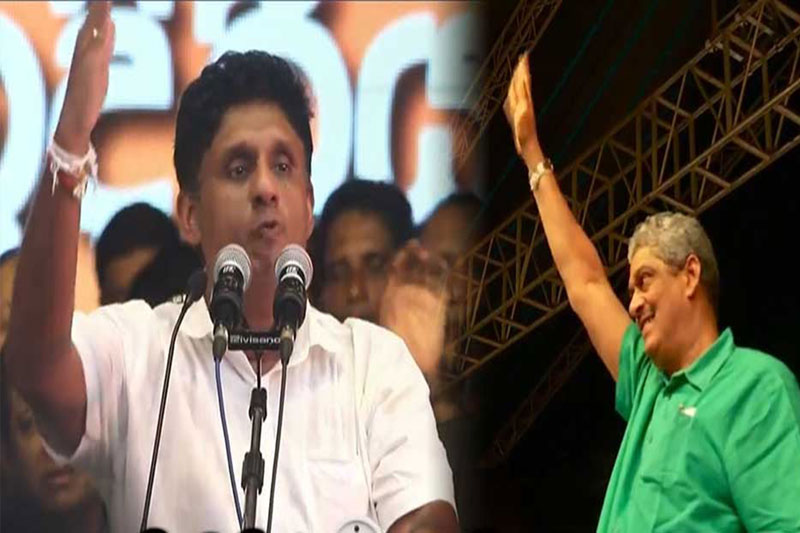 New Democratic Front (NDF) presidential candidate Sajith Premadasa says Field Marshal MP Sarath Fonseka will be tasked with addressing the issue of national security.
He made this observation at his maiden presidential campaign rally at the Galle Face Green in Colombo yesterday (10).

He said Fonseka was well deserving of the position as he had served as Army Commander during the end of the war in 2009.

“He is not a ‘card board hero’ but a true war hero who defeated terrorism from the country,” Premadasa said while accusing the previous government over Fonseka’s imprisonment in 2010.

“I am committed to destroying all forms of terrorism in the country. Fonseka will have to work out plans and strategies to combat terrorism using his extensive experience in fighting the 30-year war,” he said.

“The responsibility of security should be handed over to someone who has experience in the battlefield and had completed the task winning the 30-year-old war. Therefore, we have decided to hand over the defence portfolio to Field Marshal Fonseka,” he further noted.

“He will also be given the task of eradicating drug trafficking in this country,” Premadasa added.

The presidential hopeful also pledged to eradicate corruption, wastage and robbing of public funds and added that anyone who does not agree with him on this point can leave now itself.