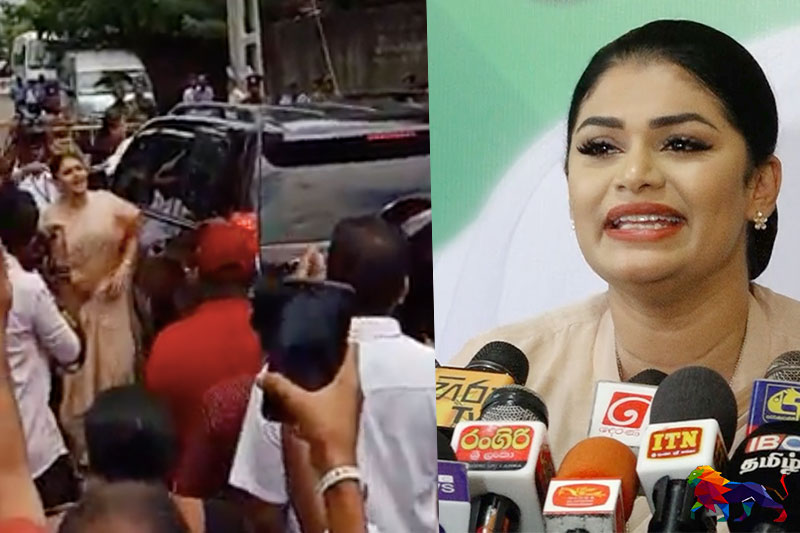 United National Party (UNP) MP Hirunika Premachandra, while denying reports that she was trying to forcibly enter the office of the Elections Commission yesterday (7), says that a group of Sri Lanka Podujana Peramuna (SLPP) presidential candidate, Gotabaya Rajapaksa’s supporters had behaved in an undignified manner.

Premachandra said she would complain about the manner in which the SLPP supporters behaved to the Elections Commission as well as the Acting Inspector General of Police (IGP).

She told a news conference at the main operations office of the New Democratic Front (DNF) presidential candidate, Sajith Premadasa at Vauxhall Street that she had faced the incident when her vehicle had by mistake traveled towards a group of Rajapaksa supporters when she was heading towards the Elections Commission office to congratulate Premadasa after he handed over nominations.

Premachandra expressed her dismay at the behavior of the Rajapaksa supporters as a woman and a parliamentarian.

“Some websites yesterday said I tried to enter the election office by force and the crowds started jeering at me when I was turned away. This was totally false as I was misdirected by senior police officers. My vehicle got stuck in the traffic and then I asked some police officers as to how I could get to the election office without a problem and they escorted my vehicle towards a large crowd of SLPP supporters who jeered at me and shouted at me in obscene language,” she said.

“I also blame my personal security officers as they too did not find out the correct route to avoid the crowd and traffic,” she added.