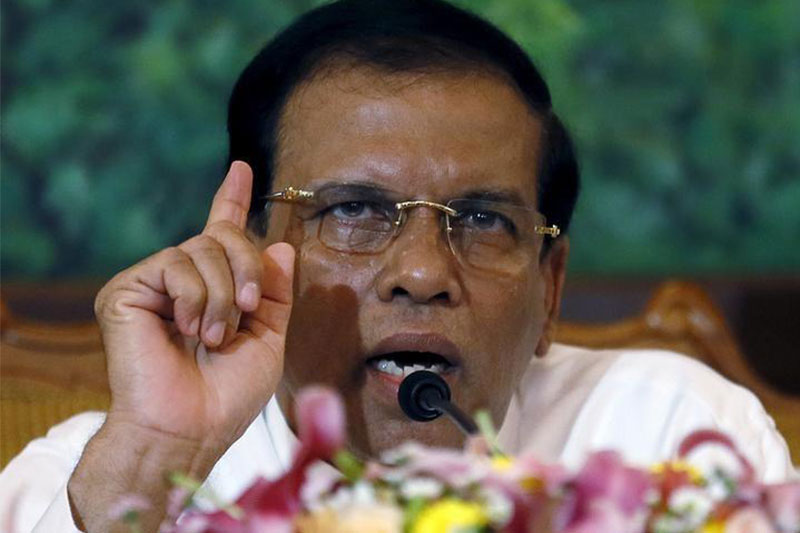 President Maithripala Sirisena had called for a Central Committee meeting of the Sri Lanka Freedom Party (SLFP) yesterday (06) night to decide on the steps the party should take on the upcoming presidential election.

However, the meeting had concluded without arriving at any consensus and therefore the committee is to be called for yet another meeting tonight.

According to sources at yesterdays meeting, varying views had been presented on the issue of extending the party’s support to SLPP candidate Gotabaya Rajapaksa. At the meeting, Nimal Siripala De Silva, Mahinda Amaraweera, Lasantha Alagiyawanna, Thilanga Sumathipala and Ranjith Siyambalapitiya had stressed that the SLFP should extend its support to Rajapaksa.

However, President Sirisena had reportedly noted that majority of the organisers of the party have opined that if the SLFP joins the SLPP, it would lead to the SLFP becoming obsolete. The President had also said he will not attend any Pohottuwa election rallies.

Duminda Dissanayake and Dayasiri Jayasekara had agreed with the President and voiced their agreement. Following this, Thilanga Sumathipala and the duo had a heated debate of the matter.

However, despite the disagreements, the General Secretary of the SLFP Mahinda Amaraweera said that the party's decision would be announced today (07) afternoon.

But another SLFP stalwart admitted that a decision cannot be announced till the Central Committee meets tonight.