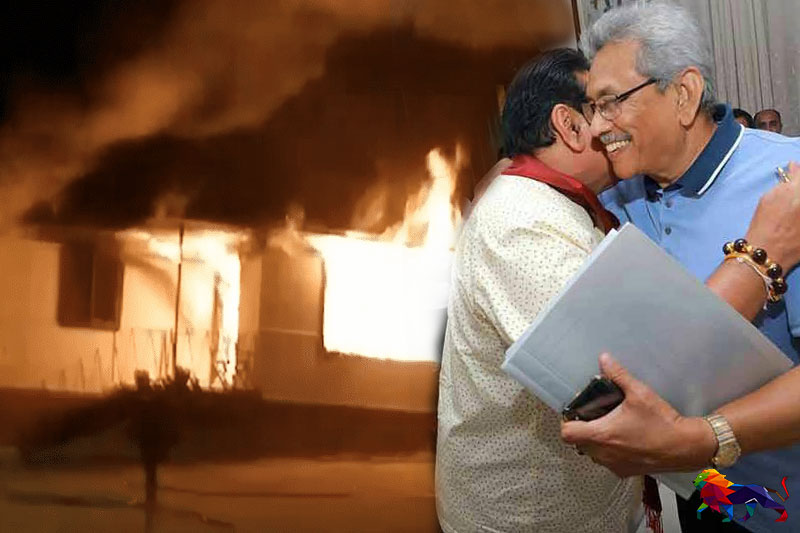 A number of United National Party (UNP) members and their houses have been attacked and destroyed by supporters of Gotabaya Rajapaksa following the Court of Appeal's unanimous decision yesterday to dismiss a petition challenging his Sri Lankan citizenship, UNP Media Unit reported.
His supporters had reportedly acted violently while Gotabaya celebrated his victory by cutting a cake with his brother Mahinda Rajapaksa.

When informed by his lawyers that the petition challenging SLPP Presidential hopeful Gotabaya Rajapaksa’s citizenship had been dismissed, Mahinda Rajapaksa had raised his hands to express his joy amidst the meeting he was attending.

According to ‘Lanka e News,’ Gotabaya had arrived at the location after a short while and had gone on to cut a cake to celebrate the decision delivered by the courts. 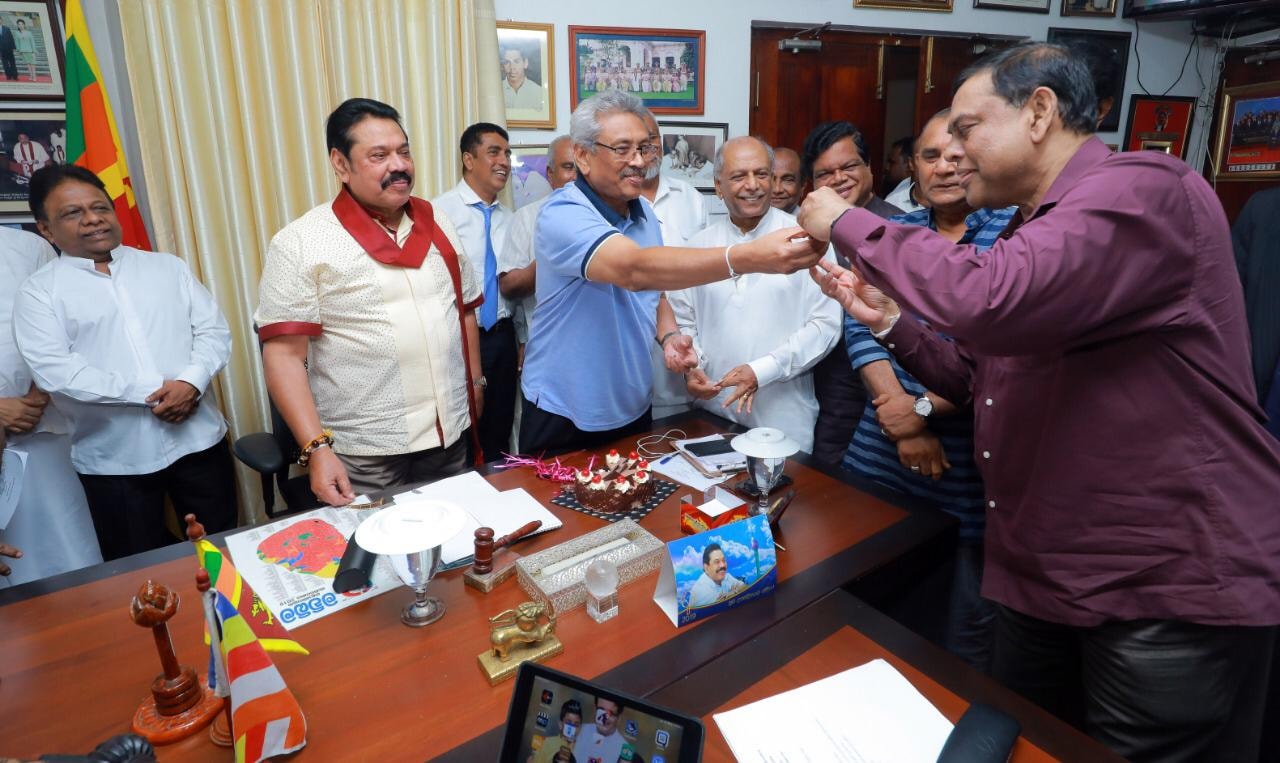 However, while the leaders of the SLPP celebrated, an organiser of the party in Opanayake, Nihal Hapuarachchi flanked by a group of inebriated supporters had attacked two houses belonging to two UNP strongmen in the area and driven out its inhabitants and set fire to the houses, the UNP Media Unit said.

While the Opanayake Police have arrested two suspects in connection to the case, a special investigation had been launched to nab the main suspect Nihal Hapuarachchi who is said to have fled the area.

Prime Minister Ranil Wickremesinghe had informed IGP C.D Wickramaratne to launch an independent investigation into the incident. However, when questioned about the incident, UNP Communications Unit Cheif Sudath Chandrasekara said he has not received information of such an incident yet.