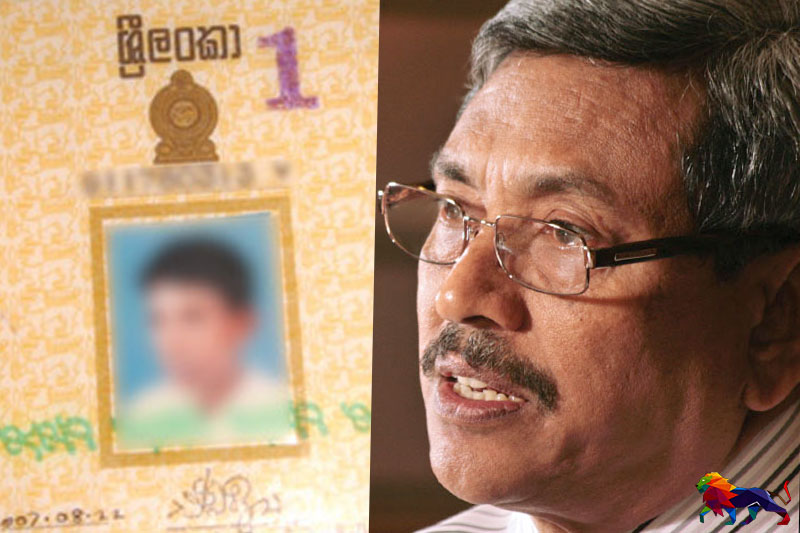 The National Identity Card (NIC) used by Sri Lanka Podujana Peramuna (SLPP) presidential hopeful Nandasena Gotabaya Rajapaksa to register as an elector in the 2017, 2018 and 2019 electoral lists had been invalidated by the Department for Registration of Persons (DRP) in October 2016.

Rajapaksa has said he lost his Sri Lankan citizenship in 2003 when he became an American citizen, and that he regained it by becoming a dual citizen in 2005 prior to becoming Defence Secretary.

According to Department for Registration of Persons records, Rajapaksa had in October 2016 surrendered his NIC, bearing a number ending with ‘4021V,’ to obtain a new identity card on the basis that he was a dual citizen.

The Daily Mirror report states that upon a review of voter registration records for the Kotte polling district, where Rajapaksa has been registered to vote from Grama Niladhari Division 526/A in Gangodawila South since he ceased to be Defence Secretary, the presidential hopeful was registered by the first name on his household list using his invalidated NIC for the years 2017 and 2018.

Online records of the Elections Commission draft registry for the year 2019 show that Rajapaksa had also used the invalidated NIC to register in the most recent electoral list from the same address at which he was registered in 2017 and 2018.

A search for Rajapaksa’s valid NIC issued in 2016 in the most recent three electoral registers had turned up with no results.

The Department for Registration of Persons official has told Daily Mirror that it was a serious violation of the law for a person who had obtained a new NIC using the dual citizen procedure to thereafter continue using the previous NIC that had been surrendered for any purpose whatsoever.

When asked about the issue from Rajapaksa’s Spokesperson, MP Keheliya Rambukwella, he has said he was unaware and had to consult Rajapaksa’s lawyers to comment on the matter.

However, Rajapaksa issuing a clarification on the NIC issue has said that although he had filled the form with the new NIC number and the Department for Registration of Persons had informed the Elections Department of the new NIC obtained by him, his old NIC number continued to appear in the electoral lists.