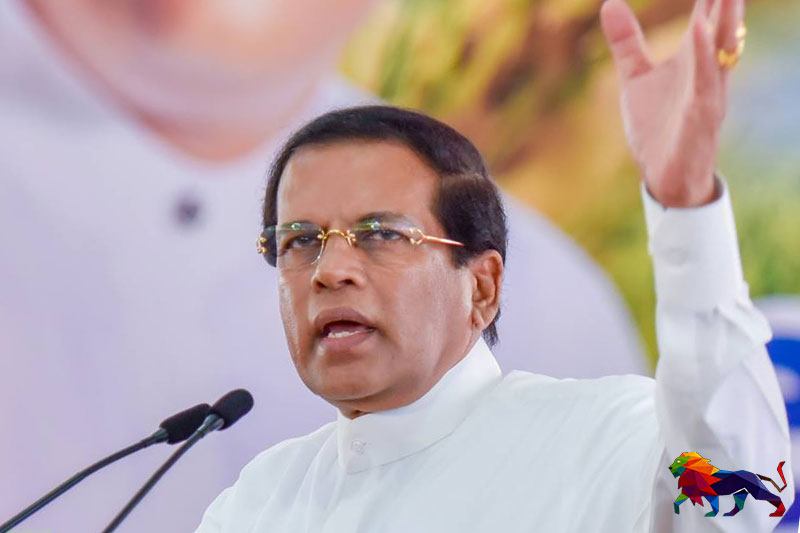 The President has made these observations at an SLFP district meeting held in Ratnapura.

He pointed out that SLPP members at village level are all SLFP members.

Sirisena also noted that all SLPP Members of Parliament are continuing to hold their seats in the House because of the SLFP.

Explaining further, the President said that a letter given to Speaker Karu Jayasuriya by United People’s Freedom Alliance (UPFA) General Secretary Mahinda Amaraweera with the blessings of the SLFP resulted in SLPP members being able to retain their seats in Parliament.

He noted that the SLPP leadership and members in the village respected the SLFP but there are others who didn’t.

Sirisena said the SLFP is having talks with the SLPP and not the United National Party (UNP) to form a political alliance as there are several issues the SLFP cannot resolve with the UNP.

He added that talks between the SLFP and SLPP are on the condition that the SLFP identity is protected.

Meanwhile, The SLPP says it is willing to continue talks with the SLFP on forming a proposed political alliance.

SLPP Chairman, Professor G.L Peiris says the party has so far had seven rounds of talks with the SLFP and that they are focused on defeating the UNP.

Prof. Peiris says while SLPP members are keen to continue discussions with the SLFP, they also want to ensure some conditions are met.

According to the SLPP Chairman, talks should not focus on the party symbol as attention now is on the Presidential election and not a general election.

The SLPP symbol is a winning symbol in the minds of the public so that symbol must remain, he said.

However, Prof. Peiris added that at a different symbol could be considered during general elections.

Nevertheless, talks on forming a political alliance are at a deadlock over the inability of both parties to reach a consensus on the electoral symbol of the proposed alliance.