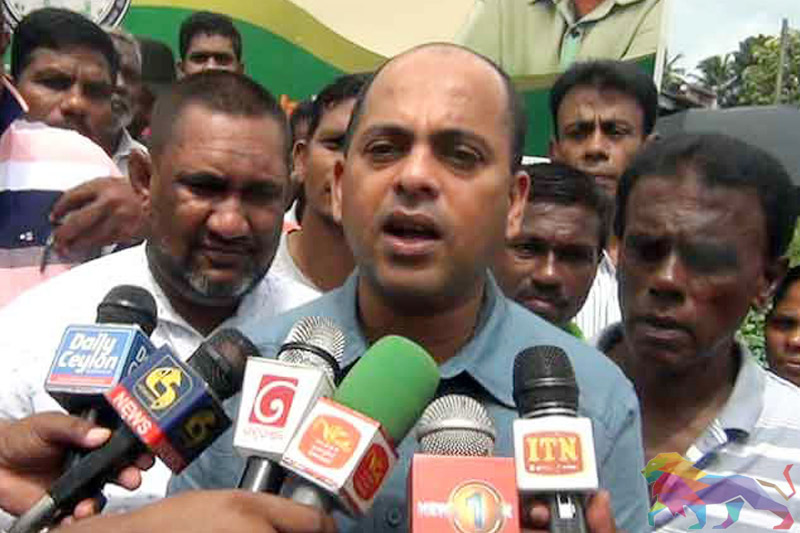 Parliamentarian S.M. Marikkar says a leader from the United National Party will be elected as the 7th Executive President of this country with the support of Mahinda Rajapaksa.

He made these remarks at the launching ceremony of the second phase of the low level road development project from Orugodawatta to Buthgamuwa.

Marikkar pointed out that in 2015, the Rajapaksa regime had been defeated not only to end fraud and corruption but also to eliminate the white van culture that was prevalent at that time.

Retired Generals to get Secretarial level posts at Ministries if Gota is elected President!

Retired Generals are sure to be appointed as Secretaries to Ministries if Gotabaya is elected as President, Marikkar said.
"Even Mahinda Rajapaksa cannot control Gotabaya.Therefore, his only wish is to defeat Gotabaya," he added.

The Parliamentarian further noted that only the defeat of Gotabaya will help Mahinda to safeguard his party leadership and fulfill his aim of creating a clear path to the future leadership of the party for Namal.

Namal’s future will be finished if Gotabaya wins even by a fluke, UNP MP Marikkar added. "Therefore, Mahinda loyalists are playing a double game by helping to establish a military rule on one side while extending support towards the victory of the UNP candidate on the other.
Related News:
Gota in a bid to rule country through Secretaries