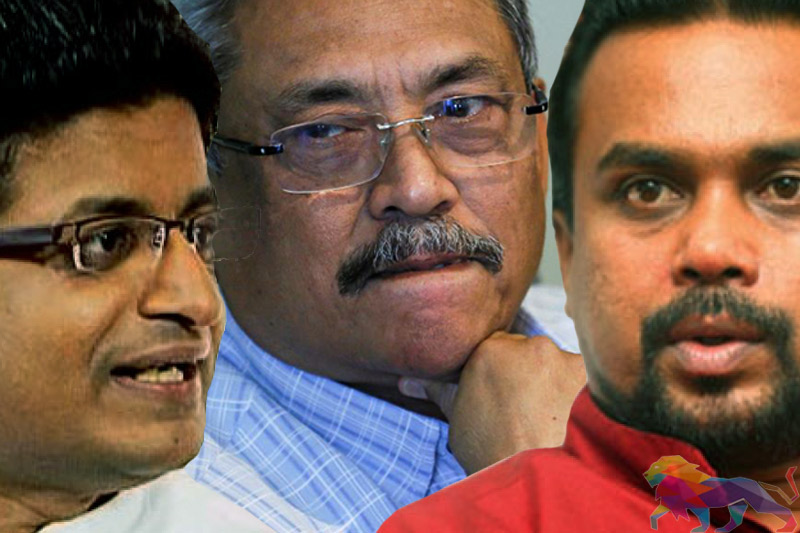 SLPP National Organiser, Basil Rajapaksa ensured that both Weerawansa and Gammanpila were sidelined from Gotabaya’s election campaign since the official announcement of his candidature was made last month.

Also, those representing the SLPP and other political parties who were assigned to deliver speeches at meetings held in support of Gotabaya were directed to make their relevant statements according to the guidelines provided by the SLPP campaign operations office.

Hence, Weerawansa and Gammanpila have now taken steps to organize a series of political meetings to be held island wide for Gotabaya, sidelining Basil’s campaign plan.

Accordingly, Gammanpila’s Pivithuru Hela Urumaya organised a convention on Sunday (1) to extend the party’s support to Gotabaya and invited him as the chief guest at the event.

The convention was held at the Buddhadasa Ground in Pelawatte under the theme of “Urumayaka Udawa” (Dawn of a Heritage).

Meanwhile, Weerawansa has made arrangements to hold the third convention of the National Freedom Front (NFF) at the Sugathadasa Indoor Stadium on Sunday (8) at 2.30 p.m. with Gotabaya as the chief guest.

Opposition Leader Mahinda Rajapaksa has also been invited to the event.

The convention is to be telecast live on a national television channel as well as on social media.

It is Weerawansa's opinion that Gotabaya should contest as the candidate of a broad national alliance rather than a candidate of one political party.