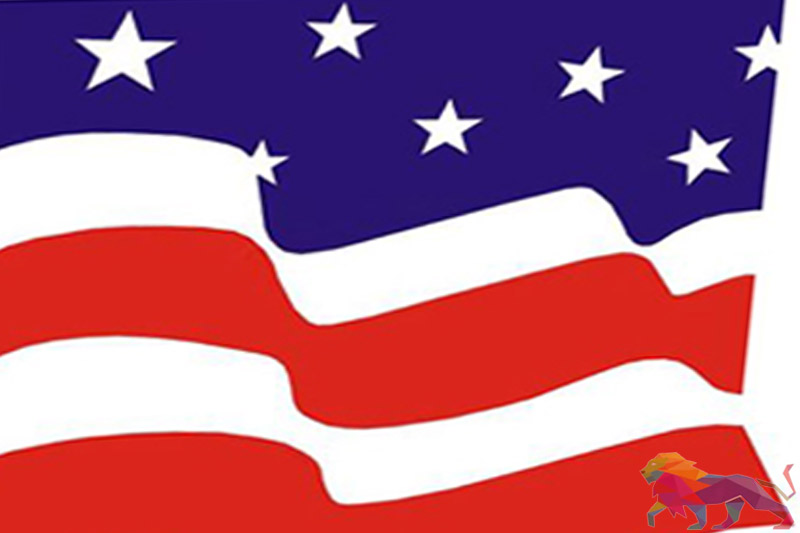 Millennium Challenge Corporation (MCC) Compact as it would result in improvements in infrastructure and land reforms that would encourage and attract investment under the US$ 480 million grant.

AmCham Sri Lanka is strongly committed towards uplifting the country’s economy, and aiding such development that will benefit its membership and the larger business community.

In this light, AmCham has called upon the Government of Sri Lanka to approve this grant, consider the advantageous impact the MCC will have on the country’s economy, and make this a priority before MCC’s Board of Directors meets on 18 September 2019.

All of the projects and activities in the program were proposed by the Government of Sri Lanka years ago, in extensive consultation with line ministries and departments, business chambers, and over a hundred individual firms, civil society organisations, non-governmental organisations, think-tanks, banks, and local entrepreneurs.

The transport project will reduce traffic congestion in and out of Colombo; create safer, more reliable public transportation through modernising the bus service; and lower the transport costs required to connect people and goods with markets through upgrades to existing interprovincial roads in the Central, Uva, and Sabaragamuwa Provinces.

The land project will support existing, historically under-resourced Government initiatives to help the Government create an inventory of state lands; strengthen the land valuation department; increase tenure security for smallholders, women, and firms by scaling up Bim Saviya; and digitise deeds records so that they are less vulnerable to damage, theft, and loss, the statement added.
Together, the two projects are projected to benefit 11.3 million people, which accounts for 54% of Sri Lanka’s population.

“AmCham in Sri Lanka stands committed to implement our mandate which is to promote activities that would encourage and stimulate investment by US companies, support ongoing business operations of its members and encourage bilateral trade between the US and Sri Lanka,” it said.

Statement released by the American Chamber of Commerce in Sri Lanka is found below. 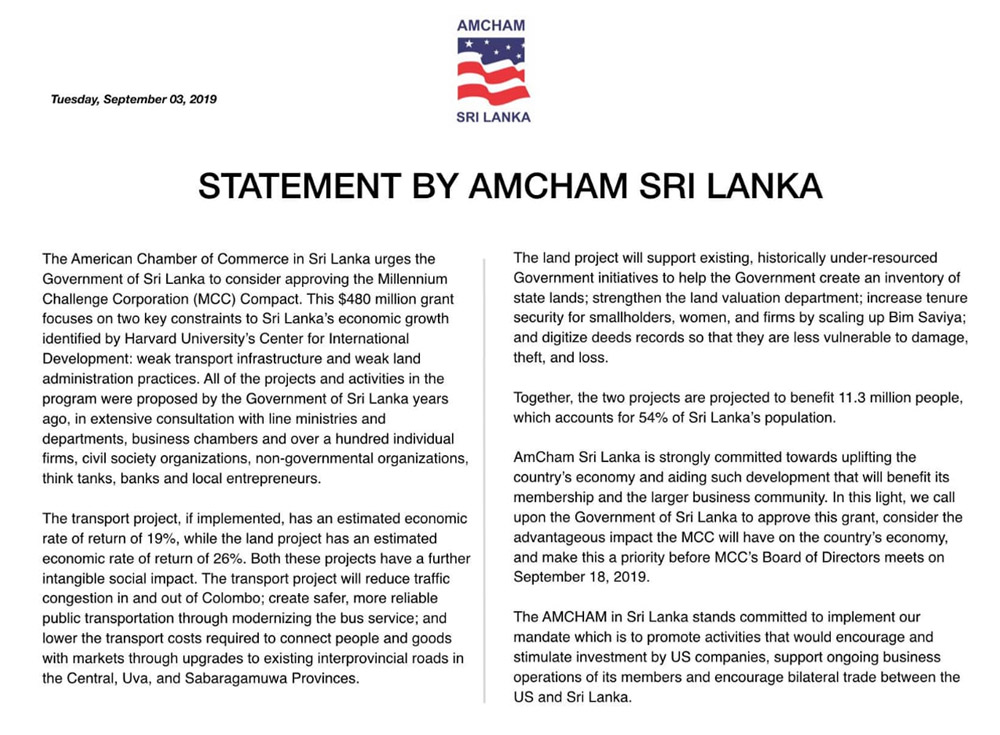 US MCC Compact agreement postponed for a new president