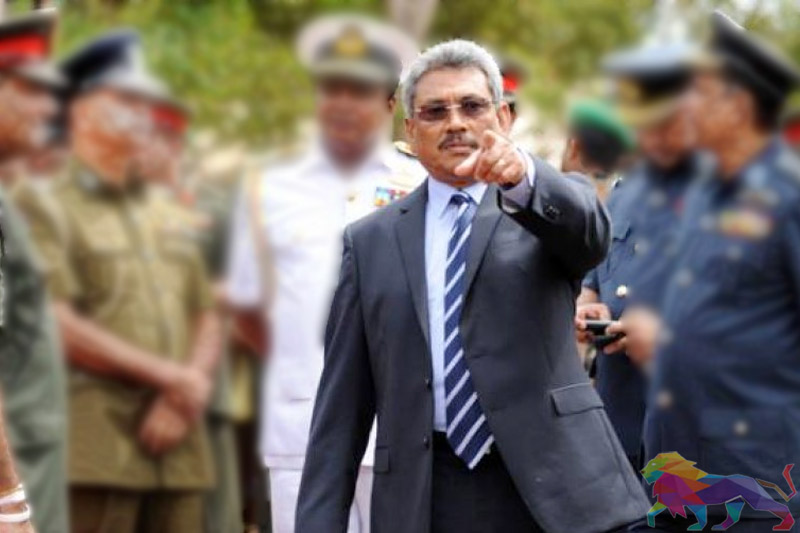 Sri Lanka Podujana Peramuna insiders are said to be perturbed following a revelation that their Presidential candidate Nandasena Gotabaya Rajapaksa,

if appointed as President, hopes to rule the country through several Ministry secretaries loyal to him, The Leader learns reliably.

According to sources, a list of names consisting of Retired Military Officers aligned to the ‘Viyathmaga’ organization for posts in the Defence, Law and Order, Media and Foreign Affairs has been leaked causing concern among other party members.

While the 19th amendment somewhat curtailed the Executive powers of the President however he is able to appoint Ministry Secretaries as he pleases without being subjected to the opinions of the Secretary of the Cabinet, Secretary to the Prime Minister and other Ministry Secretaries under No. 41 (1), 50(1), 51(1) and 52(1) provisions.