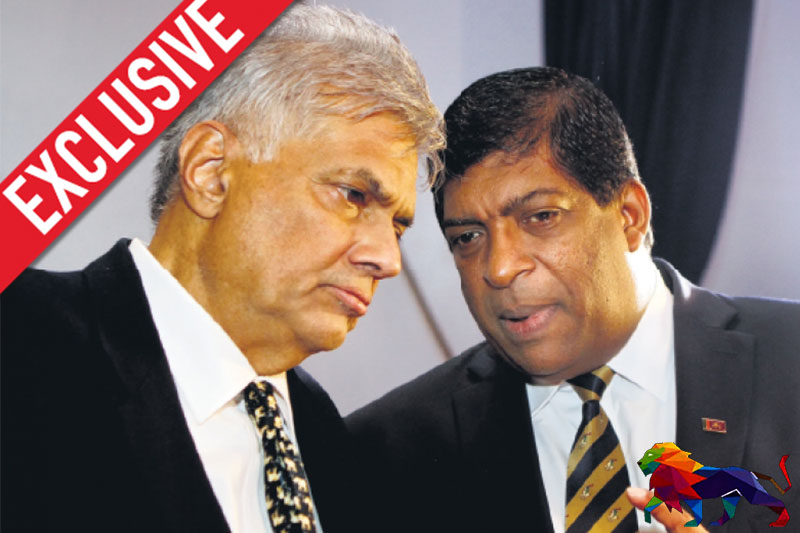 The Leader has received reliable information about a secret operation being carried out by Ranil Wickremesinghe and several others to secure the presidential candidacy of the United National Front.
'Green Blood' organiser Lasantha Gunawardena along with Ministers Ravi Karunanayake, Vajira Abeywardena, Akila Viraj Kariyawasam, Sagala Ratnayake and Thilak Marapana had participated in the secret meeting which was chaired by the Prime Minister.

The Prime Minister is due to convene the UNP Working Committee early next week to select a presidential candidate based on the decision taken during this closed-door meeting.

Although the UNP Working Committee consists of more than 90 members, only 63 have been appointed while more than two-thirds of them have openly supported Sajith Premadasa as the Presidential candidate.

30 new appointments to the Working Committee!

Considering this situation, it has been proposed in the above discussion to nominate 30 members to the Working Committee and the relevant names had been decided immediately. The list of names is to be presented to the Elections Secretariat tomorrow (26) and the Working Committee is to then convene for a vote to choose the party’s Presidential candidate.

Meanwhile, senior ministers Kabir Hashim, Malik Samarawickrema and Ranjith Madduma Bandara, who met the Prime Minister on Wednesday (21), had also made the request and the Prime Minister had promised to take a decision on this by Monday (26). That deadline ends tomorrow.
Related News:

Ranil gets petition signed by a majority of UNP MPs: 10 refuse to sign