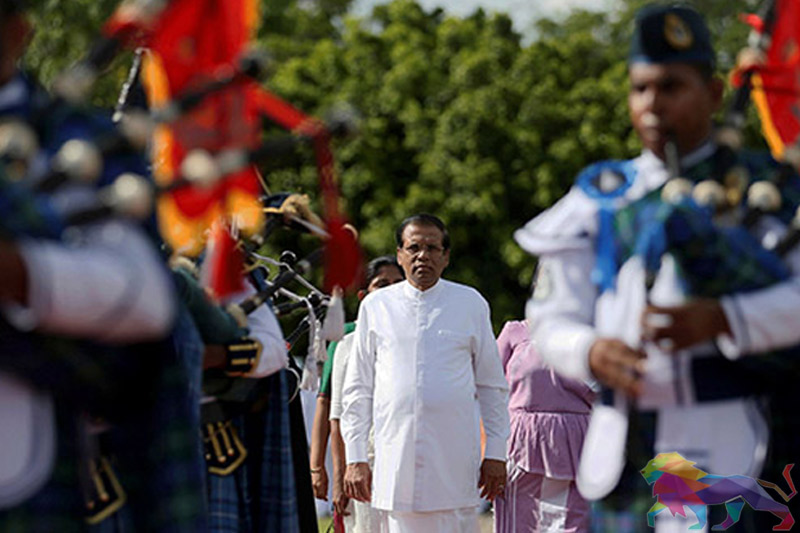 Questions have been raised as to the legality of SL President’s decision to award military honours to to two wartime commanders including a suspect in a criminal case regarding the enforced disappearance of 11 people.

President Maithripala Sirisena had elevated ex-Navy Commander Admiral Wasantha Karannagoda to the rank of Admiral of the Fleet and former Commander of Sri Lanka Air Force Air Chief Marshal Roshan Goonetileke to the rank of Air Chief Marshal. The awards were bestowed “for outstanding gallantry, meritorious performance and distinguished service to the nation during the humanitarian operation and the defeat of terrorism in Sri Lanka,” declared President Sirisena in an extraordinary gazette notification issued on 5 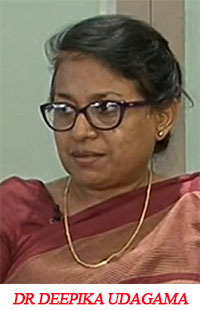 Admiral Karannagoda is facing charges of abduction, illegal detention and enforced disappearance of at least eleven people. Air Chief Marshal Goonetileke commanded an air force accused of bombing civilians and civil installations including hospitals. He was also questioned by the Financial Crimes Investigation Department (FCID) about his involvement in purchasing MIG fighter aircrafts from Ukraine.

The country’s national rights watchdog emphasizes that promoting state officials facing criminal charges goes against the law of the land as well as democratic norms.

The rule of awarding benefits and privileges to any state official facing criminal charges only after such an official is cleared by courts should be “followed to the letter” says the Human Rights Commission of Sri Lanka (HRCSL).

“Steps to be taken about state officials in the course of the court case are laid out in laws, rules and regulations. It is the responsibility of the authorities to follow them to the letter,” head of the HRCSL Deepika Udagama told JDS.

She was responding an inquiry about Sri Lanka president awarding top military honours to the two retired commanders.

JDS asked the HRCSL chair whether awarding such honours to Admiral Karannagoda and Air Chief Marshal Goonetilleke implies approval of their alleged crimes.

“Promotions or honorary ranks should be given to retired state officials only once any criminal charges against them are investigated and courts acquit them,” said Dr Udagama. 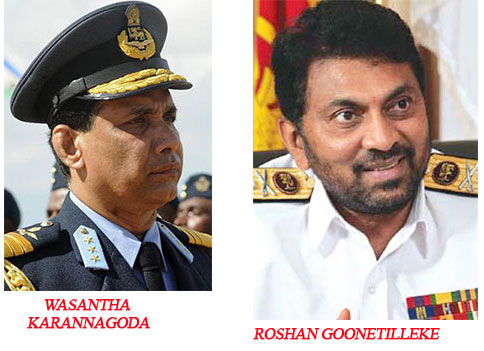 “If not so, not only the country’s rule of law is undermined, but also the public trust and respect for those promotions and honorary ranks will be eroded. In addition, such acts suggest that some people are above the law. This goes against democratic principles.”

The two commanders are members of a retired military chiefs’ group that co-authored a security brief with presidential hopeful Gotabaya Rajapaksa urging president Sirisena to guarantee immunity from prosecution for members of the military.

Gotabaya Rajapaksa, who commands sizeable support among majority Sinhala Buddhists has been appointed by his brother, ex-president Mahinda Rajapaksa as the presidential candidate for elections due to be held this year.