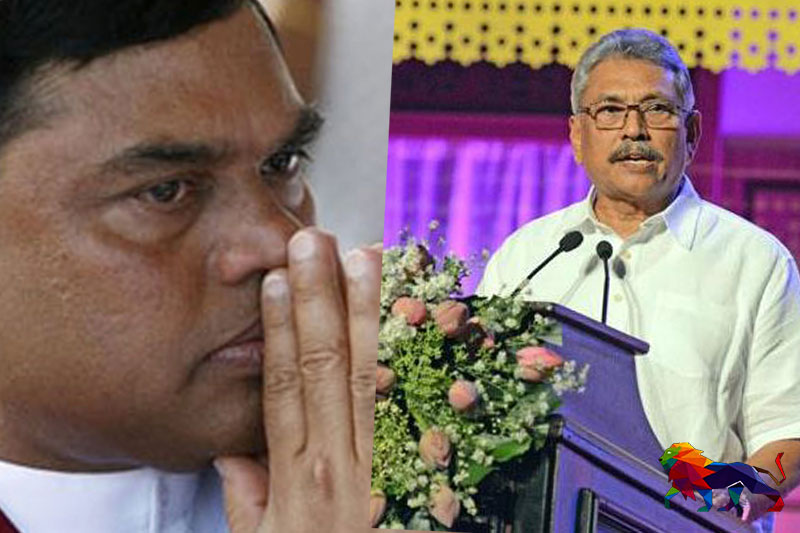 Sri Lanka Podujana Peramuna (SLPP) officials are disgruntled over the failure of the party’s presidential candidate,

Gotabaya Rajapaksa to make any reference to Basil Rajapaksa, who formed and built the SLPP to the political party it is today, and for indicating that the war victory was due to his actions alone during his maiden political speech at the party convention on Sunday (11), The Leader learns.

The SLPP activists have expressed their displeasure at Gotabaya since it seemed as if he has already started sidelining the people who worked towards building a political party for him to usurp.

One of Basil’s close confidante’s told The Leader that there were concerns over Gotabaya’s failure to make any reference to the architect of the “Pohottuwa” party, Basil Rajapaksa when the original speech written for him had included references to how Basil had built the party from scratch. Gotabaya delivered his speech with the aid of a teleprompter and leaving out references to Basil has therefore created quite a stir among the SLPP rank and file.

“If Gotabaya, who doesn’t even have an official post in our party, treats us in this manner, how do you think he would treat us if he becomes president? The fact is that it was Basil who received the highest acknowledgement at the party convention. But none of that was telecast on Derana TV. Those who surround Gotabaya are trying to sideline Basil. They will do the same to Mahinda very soon,” the confidante said.

There have been several posts on Facebook referring to this issue.

One Bharatha Thennakoon has stated in a post that Gotabaya in his speech should have made a reference to Basil Rajapaksa. “He should have at least said one or two words about him. Although ungrateful people have forgotten, despite having opposition political views, even we know how much Basil toiled to build this party. It is wrong to have discarded Basil like a curry leaf (karapinchcha),” the post states. 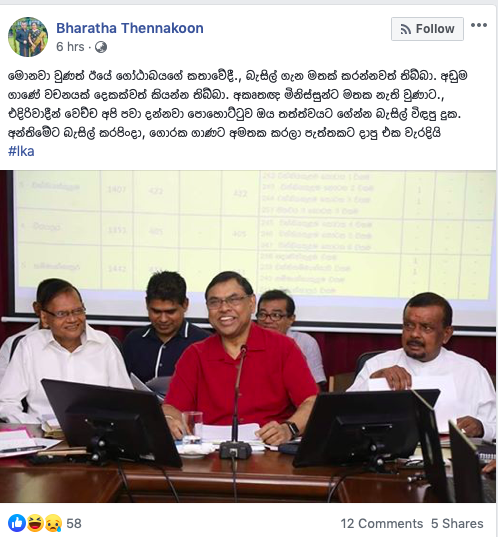 Inoka Jeewan Abesiriwardana has stated, “Gota has dropped Basil in the first instance itself. Nest will be Mahinda.” 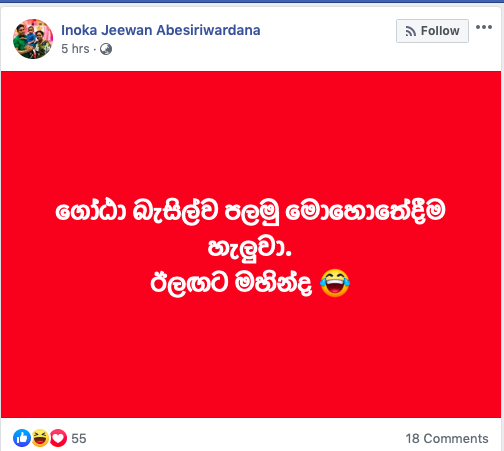 Meanwhile, the extremely casual attire of National Freedom Front (NFF) Leader, MP Wimal Weerawansa has also raised concerns among SLPP loyalists. Weerawansa was one of the key figures who worked tirelessly to ensure that Gotabaya was named the SLPP presidential candidate.

However, at Sunday’s convention, Weerawansa was seen wearing a blue denim trouser and a shirt looking extremely casual when all other participants were in formal attire.

It is learnt that the SLPP head office had informed the invitees to the convention to dress in formal attire, but Weerawansa has opted to ignore the SLPP directive. 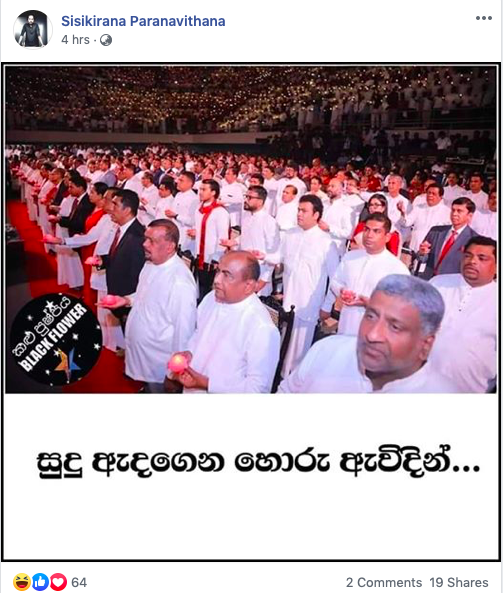 This has resulted in a rumour making the rounds that Weerawansa through his attire was expressing his displeasure to Basil.

However, there seems to be some truth in this fact since Weerawansa was dressed in full white and looked more formal at the religious ceremony held at the Kelaniya temple soon after the SLPP convention on Sunday evening to invoke blessings on Gotabaya following the announcement of his candidacy. 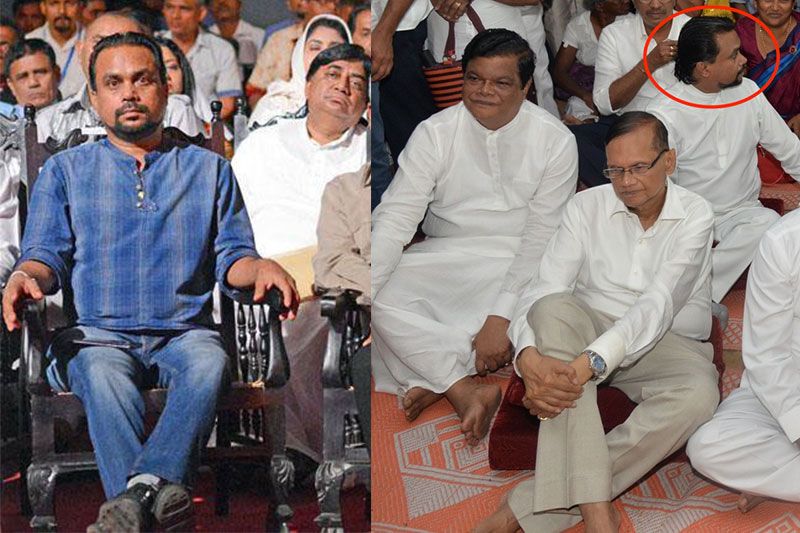