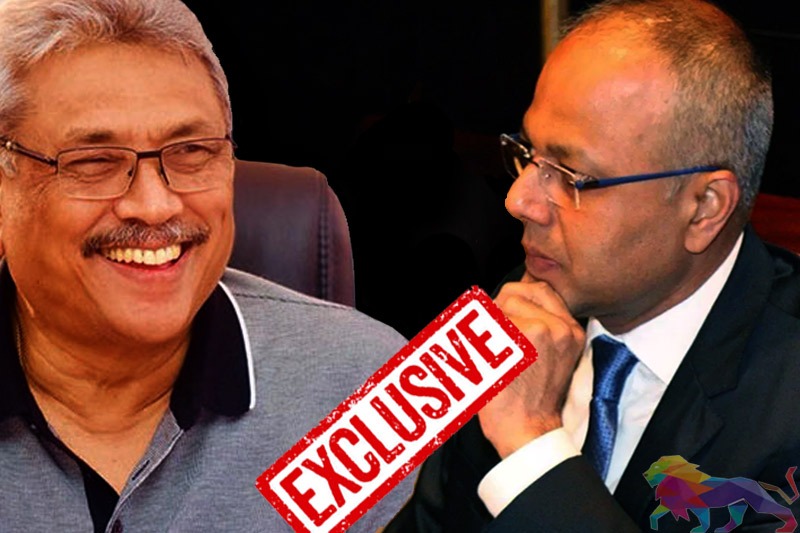 Ratnayake was in a secret discussion with Rajapaksa at the latter’s residence in Nugegoda yesterday (4) when United National Party (UNP) Chairman, Minister Kabir Hashim had made an impromptu visit to Rajapaksa’s residence.

Hashim had made an impromptu decision to visit Rajapaksa at home since he had returned to Colombo after a heart surgery in Singapore. Rajapaksa, together with his closest confidante, Dilith Jayaweera had visited Hashim several months back when he was recuperating from an illness. Therefore, Hashim had decided he should repay the kindness by visiting Rajapaksa at his residence.

However, Ratnayake had been in a room at Rajapaksa’s residence, having a discussion with him, when Hashim had walked in. Seeing Hashim, Ratnayake has been dumbfounded and had stuttered several words to Hashim.

Seeing that he was interrupting what seems like a ‘secret’ meeting between Rajapaksa and Ratnayake, Hashim has exchanged pleasantries and walked away from his residence.

However, A UNP MP on Saturday (03) has inquired from the Prime Minister whether Sagala Ratnayake had met Gotabhaya Rajapaksa recently for a discussion.

Meanwhile, the President in previous occasions stated publicly that Sagala Ratnayake, when he was the Minister for Law and Order in charge of the police, had exerted undue pressure on police investigators probing allegations against Gotabhaya Rajapaksa preventing action being taken against the latter. This was one reason for Ratnayake to lose the Law and Order portfolio.