A document purported to be issued by the US State Department confirming that it has approved Gotabhaya Rajapaksa’s request to relinquish his citizenship has been widely distributed on social media this week, leading it to becoming a hot topic and queries if it is in fact an original or fake document.

When The Leader checked with a close associate of Rajapaksa, he said they are not able to give out any information in this regard at the moment. Questioned if it is a forged document, he refused to answer.

However, a number of political websites have said it is a forged document while others have pointed out another document has been edited to create the new image.
The letter being circulated on social media is found below: 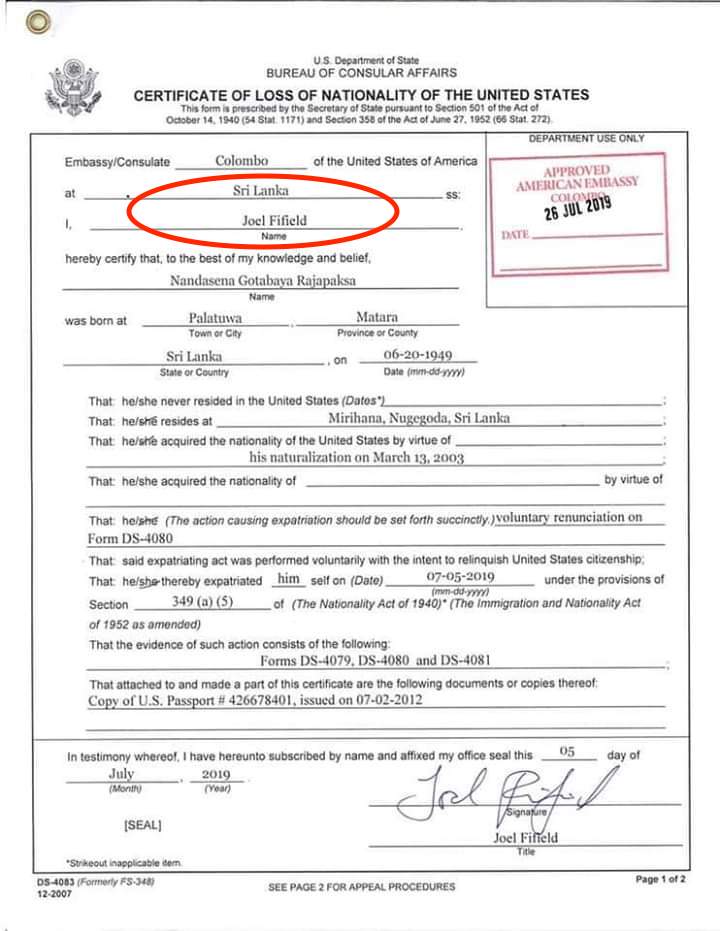 The original letter that can also be found on Wikipedia is found below. 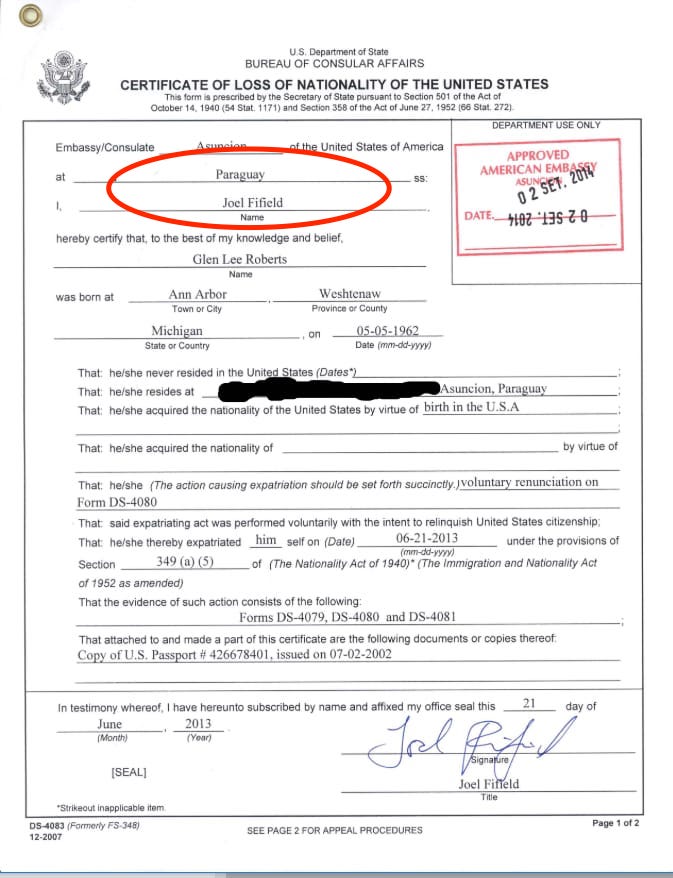 Gota refutes the letter!
The former Defence Secretary himself had indicated to media last evening that he actually has the US citizenship renunciation in his possession but refused to display it to the news media.

Sources said parties linked to the presidential aspirant's election campaign were behind the distribution of the purported Certificate of Loss of Nationality of the United States which first reached the news media through business sources.
Furthermore, Mahinda Rajapaksa is said to have told Gotabhaya to prove he has relinquished his citizenship prior to August 10 as the SLPP has decided to announce its Presidential candidate on August 11 at the party conference.