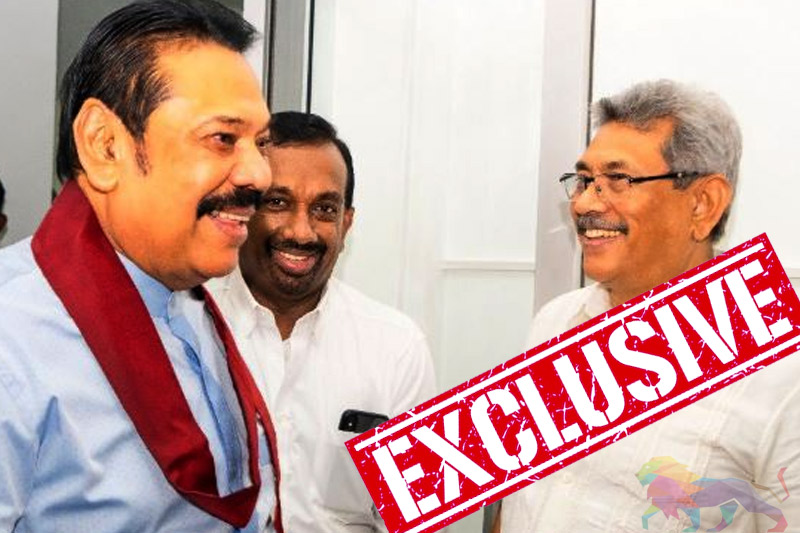 political programme to obtain the Presidential candidacy of the Rajapaksa camp. Sources say this is in spite of opposition leader Mahinda Rajapaksa binding time without announcing their candidate and asking MP Dinesh Gunawardene to prepare to contest.

As reported to The Leader, the programme is as below.

While Gotabhaya has sought to relinquish his US citizenship to contest in the upcoming Presidential election and has handed over the necessary documents to the US government It was reported that he has received a letter confirming that his application to relinquish US citizenship has been received.

Speaking to the media on July 25, Leader of the Piviuthuru Hela Urumaya Udaya Gammanpila told courts that he had seen these documents in person. He added :

“Only a few have seen this documents. I am among them. I can tell without any doubt that the process to relinquish his citizenship is 100% complete. The last step is the State Department releasing the certificate which claims he has given up his citizenship."

“That document was sent to him in May 2019. The US State Department will release the report which mentions those who relinquished their citizenship at the beginning of the next month."

According to Mahindananda Aluthgamage who spoke to The Leader, Gotabhaya had travelled to Singapore for treatment recently using a valid Sri Lankan Passport. 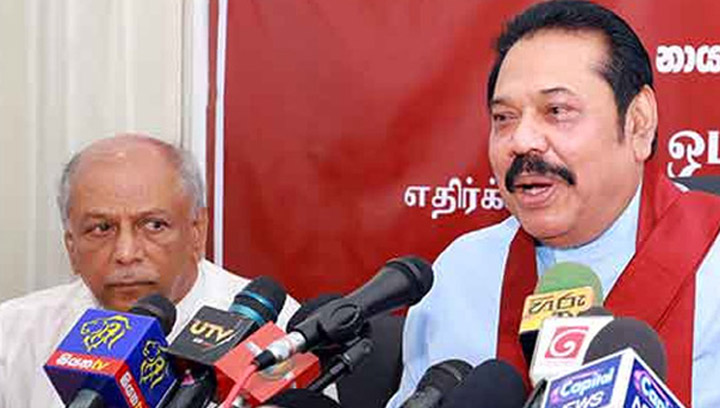 However according to sources, Mahinda Rajapaksa has now asked Gotabhaya to present proof that he has successfully reliqnuished his US citizenship prior to August 10 in order to be declared as the SLPP candidate at the party convention scheduled to be held on August 11.

He has apparently told his younger brother that the letter stating the US has received his application to give up his citizenship will not be sufficient. However, facing a tough situation to obtain this confirmation by then, his advisors have decided to now take a number of steps to circumvent the issue.

As a result, it was proposed to obtain a letter of certification from the Minster of Internal Affairs, Vajira Abeywardene and then file a human rights case before the Supreme Court.

Gotabhaya's lawyers have advised him to request for a letter from the Minister of Internal Affairs in writing on his Sri Lankan citizenship in order to confirm that he has taken all steps to relinquish his US citizenship.

His advisors believe that he will receive a favourable response from Minister Vajira Abeywardene. An associate close to Gotabhaya has requested a few family members of the Prime Minister to act humanely towards Gotabhaya in this situation, sources said.

Based on the response from the Minister, Gotabhaya has taken steps to file a HR petition asking the courts to uphold his right to enter the Presidential election. They are also set to commence an anti government campaign at the same time to make these efforts successful.

No longer a US citizen, will claim diplomatic immunity - Gota