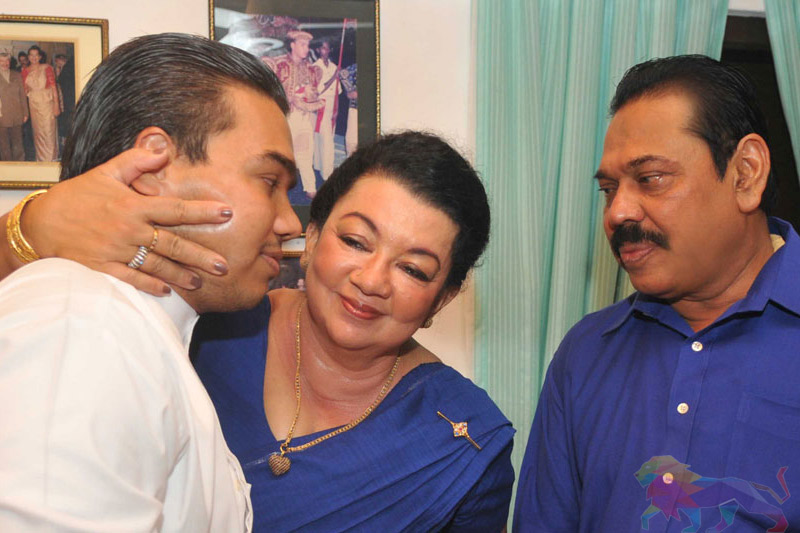 Rumours are rife that wife of former president Mahinda Rajapaksa, Shiranthi Rajapaksa is one among five possible presidential candidates of the SLPP, weekly Sinhala Newspaper Anidda reports. According to the report, the names are being kept under wraps despite being widely discussed among party members.

The report also added, “At the JO party leaders meeting, five names had been suggested and it was agreed that Mahinda Rajapaksa should choose one”. The names of Gotabhaya Rajapaksa, Chamal Rajapaksa, Dinesh Gunawardene and Kumara Welgama had been discussed as possible candidates.

While keeping the names above secret appears to be unusual however, joint opposition leaders believe this is because the fifth name being floated around belongs to Shiranthi Rajapaksa.

According to reports, Mahinda Rajapaksa has been tasked with choosing a name and informing the leaders of the joint opposition while the chosen candidate will be announced at the SLPP party convention on August 11.

Mahinda Rajapaksa however, speaking to media after attending an event at the BMICH recently said he has not said Gotabhaya Rajapaksa would be fielded as their party candidate.

Gota named to keep the excitement up!

A decision is said to have been made to portray former Secretary of Defence Gotabhaya Rajapaksa as the presidential candidate despite him not being able to relinquish his US citizenship in order to keep the excitement and activities up of the racial forces that have gathered around him, Sinhala weekly Anidda had reported.

It further notes that they have also decided to name another candidate after nominations are called while also to carry out a propaganda campaign claiming that Gotabhaya was not able to relinquish his US citizenship due to a conspiracy between Prime Minister Ranil Wickremesinghe and the US government.

A close confidant of the Rajapaksa family told ‘The Leader’ that Mahinda and Shiranthi’s only hope is to make Namal the President and they would not let anything get in its way. He stressed that therefore they will not allow Chamal to become the candidate in case it may affect Namal’s chances.

He also said Namal’s parents are apprehensive about those supporting Gotabhaya treating Namal badly adding that it is likely that a candidate outside the family will be named.