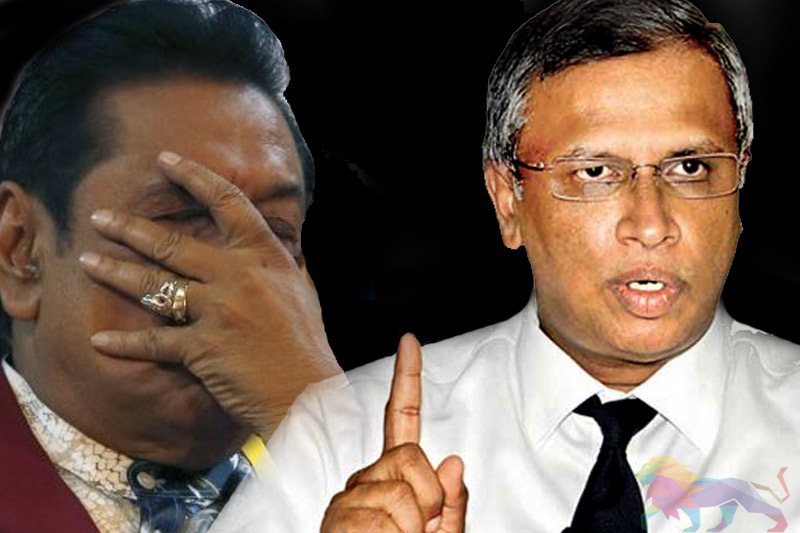 Former President, Opposition Leader Mahinda Rajapaksa and his loyalists since 2015 have been looking at ways to return to power and explore ways of sustaining that power without a time limit, a political analyst said.

This was evident in Rajapaksa’s speech in parliament on Friday (26).

Rajapaksa expressing confidence in returning to power said yesterday that the next government would take on the issue of constitutional reforms and take measures to address what he termed as “the confusion” that has been caused by the implementation of the 19th Amendment to the Constitution.

“This matter has to be taken up by a new government elected by the people,” he said.

“We (Sri Lanka Podujana Peramuna-SLPP) will put forward a set of proposals to reform the constitution at the forthcoming presidential elections. This country cannot move forward without clearing up the confusion created by the 19th Amendment,” Rajapaksa went on to say.

“Once a new government is in power, we (SLPP) hope to obtain the support of all political parties represented in Parliament for the new constitution,” he said, adding that those who genuinely wish to see constitutional reform taking place in this country can join hands with them (SLPP) at that stage.

Proposals at next election

Explaining the process, Rajapaksa said that they (Sri Lanka Podujana Peramuna-SLPP) will put forward a set of proposals to reform the Constitution at the forthcoming presidential elections and that once a new government is in power, support would be obtained of all political parties represented in Parliament for the new constitution.

“We will definitely hold a referendum to get the new constitution endorsed by the people,” Rajapaksa said.

The Opposition Leader stated that despite the incumbent government’s pledge that they were going to abolish the executive presidency during the election campaign, once elected to power, they pointed to their election manifesto and said that since constitutional amendments can be made only to the extent that a referendum is not made necessary, the executive presidency cannot be abolished.

“So from the very beginning, the constitutional reform process of this government was riddled with deception and duplicity,” he alleged.

Rajapaksa went on to say that the ‘joint opposition' are firmly opposed to the draft constitution that was presented to Parliament by the Prime Minister.

According to him, the draft constitution would have had the effect of dividing Sri Lanka into nine semi-independent states.

He also alleged that the draft constitution presented to Parliament was prepared by TNA Parliamentarian M.A. Sumanthiran and some NGO activists.

Rajapaksa further stated that after presenting it to Parliament, the Prime Minister repeatedly denied ownership of the document. “Ultimately it appears that the government had taken the Tamil National Alliance for a ride.”

Rajapaksa charged that the TNA has failed to achieve anything over the past four and a half years.

He said that the TNA has been directly responsible for depriving the people of the North and East of the two Provincial Councils that his government gave the people.

Continuing further on the attack on the TNA, Rajapaksa claimed that without the votes of the TNA, the government would not have been able to obtain the two thirds majority in Parliament to change the provincial council elections system. “Ironically, it is the TNA that has now made the provincial councils system dysfunctional after it was introduced as a solution to the North-East problem.”

“Despite working closely with the government, the TNA has been able to improve the lives of the Tamil people of the North and East,” Rajapaksa claimed.

After listening to Rajapaksa’s rant, TNA MP Sumanthiran in his speech responded to the statements made by the former President and incumbent Opposition Leader.

Sumanthiran in his speech exposed the duplicity of the Opposition Leader when dealing with the issue of the national question.

The TNA MP rubbished the claim by Rajapaksa that the TNA had walked out of the meetings held during the previous regime to find a solution to the national question.

“The TNA and the then government met for 18 rounds of talks from January 2011 till December 2011 to find a solution to the national question,” Sumanthiran said.

He explained that talks however stalled in August 2011 since the government delegation failed to give its observations on the proposals submitted by the TNA.

“We had three meetings after submitting our proposals and when the government failed to respond, we stopped the meetings,” he observed.

However, talks between the TNA and the government had resumed in September 2011 after a discussion between then President Rajapaksa and TNA Leader, R. Sampanthan, he said.

Sumanthiran charged that it was the government delegation led at the time by MP Dr. Rajiva Wijesinha that had stopped the meetings and not the TNA.

Speaking of the 13th Amendment to the Constitution, the TNA MP charged that Rajapaksa during his tenure as President had ad nauseum assured the TNA as well as the international community that the 13th Amendment would be implemented in full.

He said that Rajapaksa had even told the Indian Foreign Minister S.M. Krishna that the 13th Amendment would be fully implemented and would go beyond it to find a solution to the national question.

“No he acts surprised talking about giving police powers to the provinces. It is there in the 13th Amendment. If he pledged to implement it in full, police powers are also included,” Sumanthiran explained.

As for the constitutional reforms process under the incumbent government, Sumanthiran said that when the proposal for the new Constitution was presented to parliament, it was approved unanimously.

“No one asked for a division at the time. It was approved unanimously. If there was an issue then their could have been opposition at that time,” he further stated.

Sumanthiran added that every decision of the Constitutional Assembly that was presented to parliament was also approved unanimously without any objections or vote.