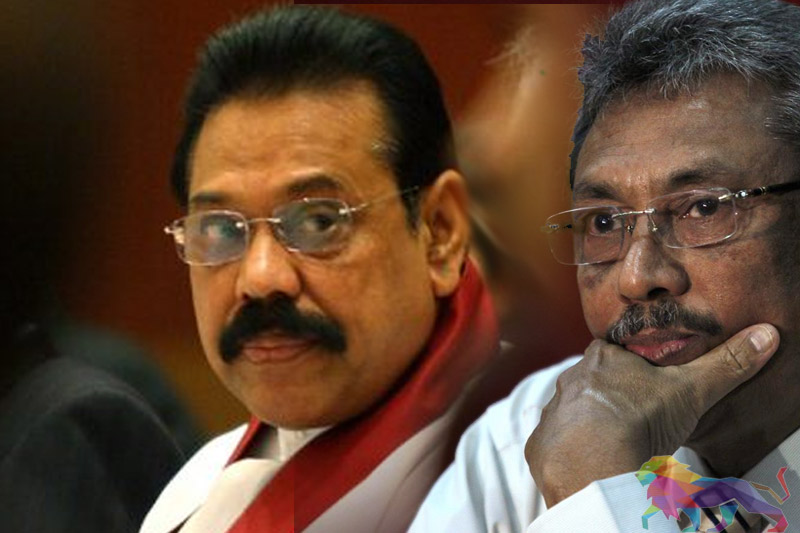 A decision is said to have been made to portray former Secretary of Defence Gotabaya Rajapaksa as the Presidential candidate despite him not being able to relinquish his US citizenship in order to keep the excitement and activities up of the racial forces that have gathered around him, Sinhala weekly Anidda reports.

It further notes that they have also decided to name another candidate after nominations are called and to carry out a propaganda campaign claiming that Gotabaya was not able to relinquish his US citizenship due to a conspiracy between Prime Minister Ranil Wickramasinghe and the US government.

According to the Anidda report, the SLPP is set to announce Gotabhaya Rajapaksa as its Presidential candidate on August 11 and the election propaganda campaign is set to commence from the Sri Maha Bodhi on August 13. He will visit the Malwatta and Asgiri Mahanayakas on the same day and appointments for the meetings have already been obtained, the newspaper reported.

A number of events to welcome Gotabhaya Rajapaksa have been organized in Kandy on the same day.

However, despite the tamasha, his name is not on the 2nd quarter list which displays names of those who relinquished their US citizenship despite it not been released to the public yet.

The list for the third quarter will be released in November. However, even if his name is featured in this list the handing over of nominations would have ended by then.

US cases against Gota!

However, sources from the US say that according to normal procedure, citizens are not allowed to relinquish their citizenship till the investigations into the cases filed against them and therefore it is unlikely Gotabhaya’s citizenship will be relinquished till then.

While those supporting have told media the matter of the citizenship has been resolved, however, none have managed to provide evidence to the fact.

Citizens who wish to give up their citizenship are provided a certificate following the process and it is said to take up to a year after the citizenship is revoked. A year has not lapsed since Gotabhaya handed over his request to give up his US citizenship.

The parties who have pledged their support to the SLPP have also requested proof by August first week that Gotabhaya has in fact given up his citizenship. However, the SLPP has not been able to provide any assurance to those parties either.

Gotabaya is also yet to inform the Emmigration and Immigration Controller that he has relinquished is US citizenship. His dual citizenship status will only be removed after he inform the controller with the necceary documentation.

Since the SLPP is set to hold its party conference on August 11 and annouce its candidate, the Opposition leader Mahinda Rajapaksa has been tasked with naming the Presidential candidate by the 10th.

Attending an event on July 21 at the BMICH answering questions posed by the media Mahinda Rajapaksa claimed he had not announced that Gotabaya will be put forward as the candidate. He also said names of five possible candidates have been put forward.

“No No he was joking. There are no other candidates. He was joking because at the party leaders meeting five names were mentioned in jest. But in reality, no other names except for the name of Gotabaya Rajapaksa has been proposed” he said.