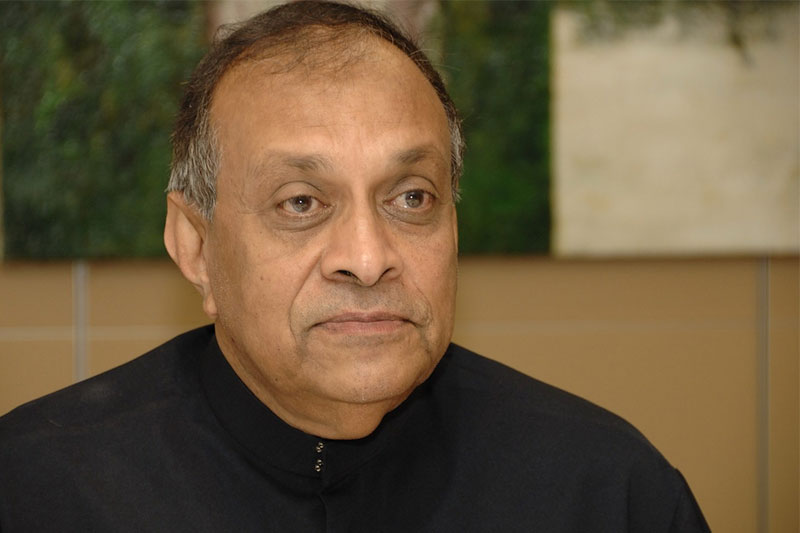 The power struggle in the United National Party (UNP) is now in the open and it is at the boiling point as candidature for the forthcoming Presidential Elections is at stake.

Under this set up, a group of civil society activists have made suggestion to UNP leadership to make Karu Jayasuriya as the UNP Presidential candidate as it is the only solution to present insider crisis.

Certain stalwarts in the group of civil society activists who have contributed their share in toppling the previous Rajapaksa regime making Maithripala Sirisena as the common candidate were of the view that the conflict between Ranil and Sajith would be an advantage for the lotus bud (SLPP) candidate .

They further pointed out that Karu Jayasuriya has the ability to woo the support of not only United National Front leaders like Rajitha Senaratne ,Champika Ranawake and Field Marshal Sarath Fonseka getting ready for presidential candidacy but also the assistance of  the JVP.

They were of the belief that Speaker Jayasuriya is the only person in the UNP who could secure more than 4 million votes in addition to the UNP block vote to become victorious in the Presidential poll although Sajith Premadasa has gained popularity in the UNP as the presidential candidate.

A proposal not to be a challenge to  Ranil’s leadership

Expressing his views on this matter to ‘The Leader’, a senior lawyer and close ally of Karu Jayasuriya noted that Ranil Wickremesinge has not given his consent what so ever when Jayasuriya’s name had been proposed by the late Ven. Maduluwawe Sobitha Thera and civil organizations as he thought that it will be a challenge for his leadership.

He disclosed that this time, a proposal has been made in a manner that it would not affect Prime Minister Ranil Wickremesinghe’s UNP leadership.

Briefing further he had this to say,

“According to the UNP constitution, the party member who is holding the presidency shall be the leader of the party." Therefore, Ranil will never agree to allow any member to become the president other than him. That is why he is searching for an outsider when he is unable to give a fight in an election.”

“Ranil wants the party leadership and there is a certain justification for it because he is the only one who safeguarded the party facing whatever challenges cropped up against it in the past. If he was not there during troublesome periods, then the party would have been in tatters by now. Therefore he should deserve justice.”

When "The Leader" contacted a UNP backbench MP to obtain his views on the proposal of civil society activists relating to Karu Jayasuriya’s presidential candidacy, he claimed that party supporters dislike him to a certain extent at present as he had once deserted the party at a decisive moment and worked against it.

He further stated that “they are not against Ranil Wickremesinghe or Karu Jayasuriya. Especially Ranil Wickremesinghe is the leader with a vision and he has safeguarded the party always. But the majority view of the UNP Parliamentary Group was that Sajith is the best and winning candidate that they can think of."

“We should strengthen our camp before trying to secure floating votes from the  civil society organisations. It is essential to boost the winning moral of party supporters. Only Sajith can do this at present."

He further noted that “all UNP MPs have taken a strong decision to refrain from fielding an outsider as the presidential candidate at the moment without putting forward UNP candidate."

Ranil strives not to give up the fight!

Ranil Wickremesinghe is still striving to become the UNP Presidential candidate despite the suggestion made by the majority of UNP MPs to put forward Sajith Premadasa as their choice for the presidency.

Addressing media after attending a ceremony, he noted that a final decision on this matter will be taken by the Working Committee along with the Parliamentary Group and the presidential candidacy of Prime Minister Ranil Wickremesinghe, Speaker Karu Jayasuriya and Minister Sajith Premadasa is still under discussion.

He noted that no grass root opinion poll was conducted towards this end.