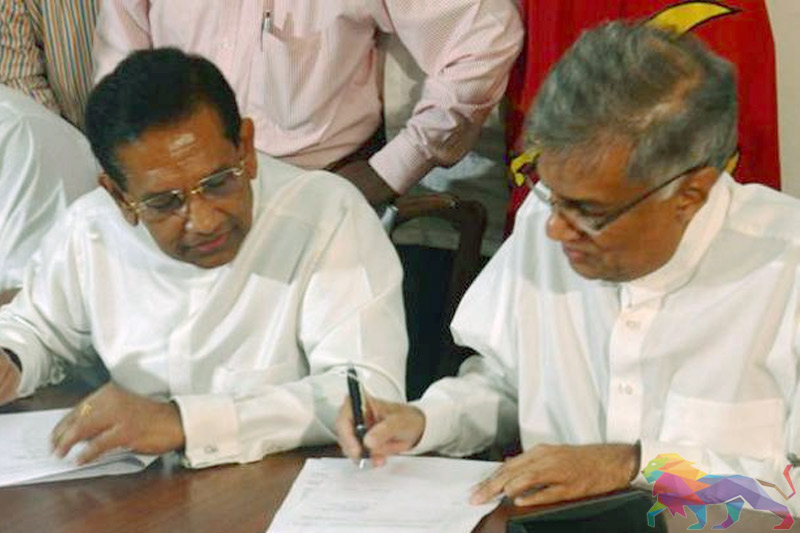 The leadership of the Democratic National Front (DNF), which is the new political alliance to be formed by the United National Party (UNP), is to be given to UNP Leader, Prime Minister Ranil Wickremesinghe, The Leader reliably learns.

Reliable sources said that Minister Rajitha Senaratne’s name has been proposed to the post of DNF Secretary, since the formation of the alliance has been fully undertaken by him. The names of Ministers Ravi Karunanayake and Patali Champika Ranawaka as well as MP Field Marshal Sarath Fonseka have been proposed to the UNP leadership to the post of national organizer of the alliance.

Discussions have already taken place on assigning a majority of the posts in the alliance like Chairman, Vice Leader and Vice Secretary to the UNP and also give positions to other party leaders in the alliance as well.

The new alliance is to be formed by amending the constitution of a political party that has been registered at the Elections Department. The UNP leadership it is learnt has already held a discussion with the individual under whose name the respective political party is registered to and negotiations have taken place to grant the individual a key post in the proposed alliance and national list slot in the next parliament.

It is Ministers Senaratne and Karunanayake who are currently engaged in coordinating matters related to the alliance on behalf of the UNP leadership.

He made this observation at an event held in Avissawella on Tuesday (23).

Meanwhile, UNP Chairman, Minister Kabir Hashim has taken a swipe at the party leadership for planning to form an alliance with the like-minded parties without his knowledge.

Hashim, who promoted Deputy Leader, Minister Sajith  Premadasa as the UNP’s candidate at the next presidential poll, has said at the UNP parliamentary group meeting that he learned about moves to form an alliance through the media.
However, party leader Wickremesinghe has tried to evade the issue by saying Hashim was aware that there were discussions regarding the formation of a political alliance.
Related News:
Champika, Rajitha, Fonnie & Ravi: The unholy alliance against Sajith!