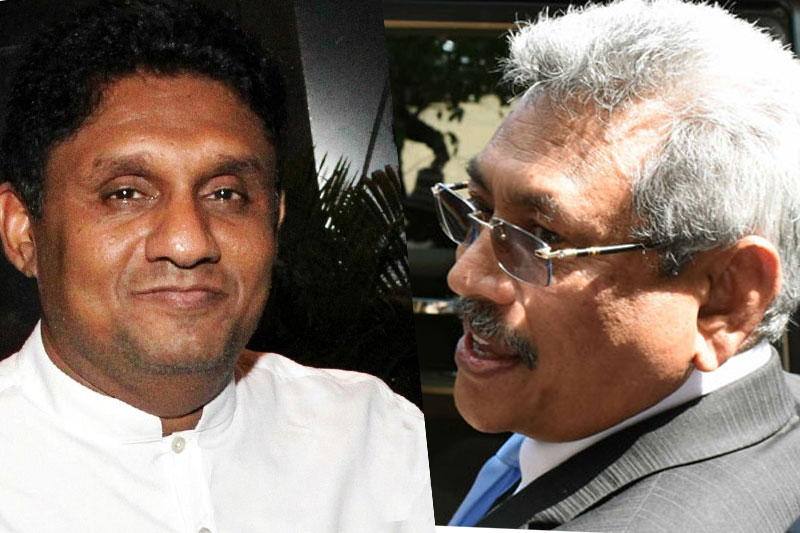 Despite speculation on the key contenders at the next presidential election, it is now becoming evident that the two front runners would be Deputy Leader of the United National Party (UNP), Minister Sajith Premadasa and former Defence Secretary, Gotabhaya Rajapaksa.

Gotabhaya, who was in Singapore for some time for a heart procedure, returned to Sri Lanka last night after recuperating for about six weeks.

His return to the country ensures the commencement on the much delayed trial on the case filed against Gotabhaya before the Special High Court on the alleged misappropriation of public funds in the construction of the D.A. Rajapaksa memorial in Hambantota.

The trial is scheduled to commence on Friday (26) and Gotabhaya will appear before the Special High Court that day.

Gotabhaya has also filed a case before Supreme Court stating that the Special High Court does not have the mandate to hear the case.

Meanwhile, Gotabhaya loyalists claim that he is preparing to launch his bid for the country’s presidency at the inaugural convention of the Sri Lanka Podujana Peramuna (SLPP) scheduled to be held on August 11th at the Sugathadasa Indoor Stadium.

The SLPP is led by his brother, former President and Opposition Leader Mahinda Rajapaksa.

On the other side of the divide, preparations have been made for UNP Deputy Leader, Premadasa to take the lead in the party’s presidential campaign and steer the party to victory.

A senior UNP Minister told The Leader that all necessary arrangements have been made to launch Premadasa as the party’s next presidential candidate.

Minister Ajith P. Perera has publicly stated that the UNP would not support any outsider to contest at the presidential election.

Perera told a live political debate on Hiru TV, “Out of 77 members in the UNP parliamentary group, 66 have called for Sajith. Neither the party nor its members would support any outside candidate this time around.”